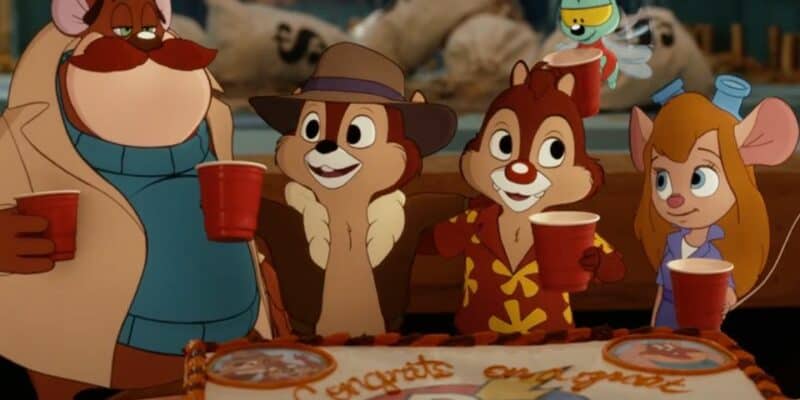 The latest Disney+ original to hit the popular streaming service has taken the world by storm.

Chip ‘n Dale Rescue Rangers (2022) was released on May 20, 2022 and the reviews from the film have been largely popular, with the movie receiving an 82% favorable rating on Rotten Tomatoes.

The live-action/animated action-adventure comedy film is based on the beloved characters of Chip and Dale, who have been a part of the World of Disney for many decades.

However, it seems that one character spotted in the film may be a “bootleg.”

User @patricktheepicstar shared a clip from the movie where we can see a character who is very similar to the Patrick Star from Spongebob Squarepants.

Of course, the character is not the exact same and we even see other forms of popular cartoon characters in the short scene, including Fred Flintstone and Phineas from Phineas and Ferb.

Also new on Disney+ outside of Chip ‘n Dale: Rescue Rangers include We Feed People, Turning Red, Better Nate Than Ever, Disney Nature’s Polar Bear, Cheaper By The Dozen, and Olivia Rodrigo: driving home 2 u.

What easter eggs did you spot in Chip ‘n Dale: Rescue Rangers? Let us know in the comments!