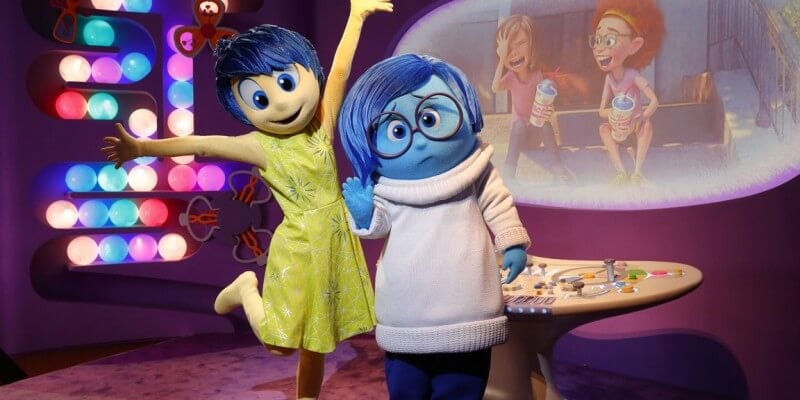 One of the most unique and beloved aspects of a trip to Disneyland Resort is meeting your favorite Disney characters. Guests of all ages can hug and pose for photos with dozens of different characters from Disney, Pixar, Star Wars, and Marvel!

A recent Disneyland Guest had a disappointing experience at Pixar Pier. TikTok user @echoes298 was eager to meet Sadness from Inside Out and shared a video from her encounter:

In this video and previous TikToks, the Guest showed her official Disneyland Park autograph book which she hoped to fill with autographs from her favorite characters.

Unfortunately, Sadness “didn’t sign” for the Guest. Some Disney Parks characters, like Olaf from Frozen (2013) and Buzz Lightyear from Toy Story, don’t sign due to costume limitations or story reasons. After all, Olaf is a snowman, he can’t read or write!

Joy and Sadness, who frequently meet together at Disney California Adventure and EPCOT at Walt Disney World, typically sign autographs and have “official” Disney signatures.

The Guest didn’t give an explanation for Sadness’s refusal to sign or note a response from a Cast Member.

More on Inside Out

Sadness made her on-screen debut in Pixar’s Inside Out, which hit theaters in 2015. From Disney:

Do you collect character autographs at the Disney Parks? Let us know in the comments!