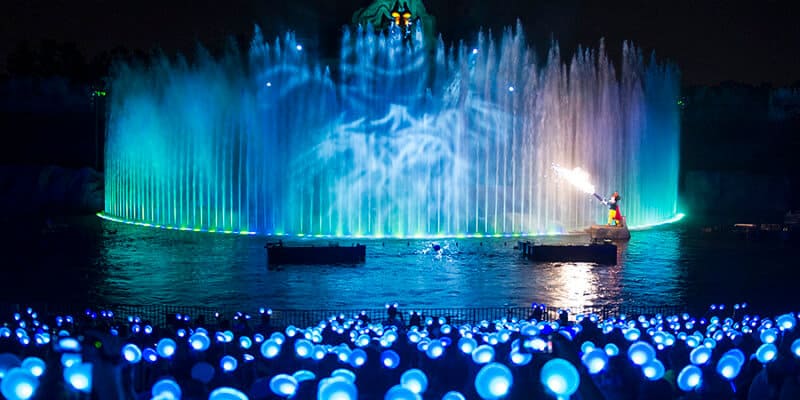 A beloved show has made its way back to Disneyland Resort after two years of closure.

Fantasmic! made its way back to Disneyland Park this past week and the show has been an absolute hit for Disney Park Guests as they welcome to return of Mickey Mouse’s imagination and the nighttime spectacular that has captivated the hearts of so many for so many years.

Despite the controversy surrounding Johnny Depp, Disney has continued to use his likeness in the form of the character Captain Jack Sparrow, who can still be seen in the nihgttime spectacular.

It happened RIGHT in front of us too ☠️☠️☠️ I still absolutely loved everything, but I love me a good blooper! #fantasmic #disneyland #disneyfail

It happened RIGHT in front of us too ☠️☠️☠️ I still absolutely loved everything, but I love me a good blooper! #fantasmic #disneyland #disneyfail

As you can see in the video, Captain Jack Sparrow loses his weave as he is aboard the Black Pearl. The actor does a great job of staying in character and continuing on with the show.

Pirates of the Caribbean Producer Jerry Bruckheimer recently confirmed that the latest installment in the franchise would feature Margot Robbie in the lead role and that there haven’t been any plans for Johnny Depp to make a return. In addition to Robbie, Dwayne Johnson has also been rumored as a potential replacement for Depp in the lead role of the franchise.

During the recent court trial, Johnny Depp stated that he would not work with Disney anymore even if the company was to offer him a “$300 million paycheck,” but a former Disney Exec. says they believe Johnny Depp will once again assume the role of Captain Jack Sparrow before it’s all said and done.

Have you ever experienced a Disney blooper? Let us know in the comments!