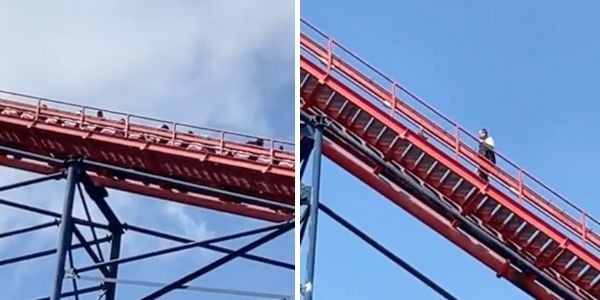 A roller coaster malfunction left Guests hanging hundreds of feet in the air. 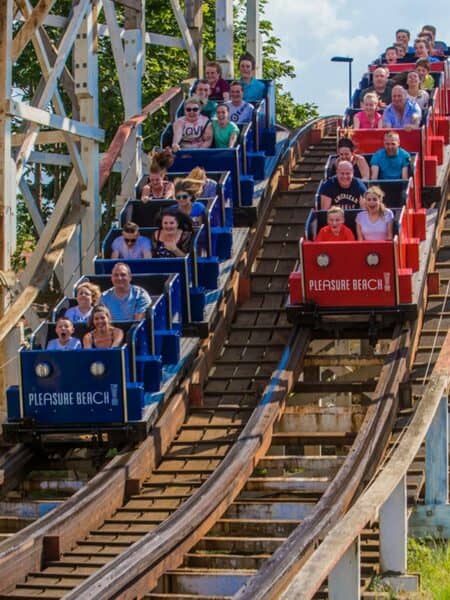 According to News18, A frightening scene broke out in an amusement Park in the UK , leaving the unlucky Guests on board a roller coaster absolutely terrified. The Big One roller coaster malfunctioned during its climb leaving people stranded a whopping 235 feet in the air.

According to a report in The Mirror, the incident took place on Sunday afternoon at the Blackpool Pleasure Beach, UK.

One Guest caught a glimpse of this incident and shared it on Twitter. You can check it out below from ChronSallie (@ChronSallie) below:

When you’ve just got off the Big One and the next car gets stuck at the top 😱 #BlackpoolPleasureBeach #BPB pic.twitter.com/3McElARqGc

The Big One ride was built back in 1935, the tallest and steepest roller coaster in the world at the time. With its height and prominence on Blackpool’s skyline, the ride can be seen from across the Fylde coast.

It stands at 65 m which is three meters more than the second-highest roller coaster in the UK, the Stealth. The attraction boasts some impressive numbers which you can check out below:

After the ride got came to a halt, riders had to be brought down using the staircase on the side of the attraction.

This is not the first time that such an incident has taken place at the famous amusement park. Earlier, on April 25 last year, the Big One ride had broken down and stopped near the top while ascending. Then too, adrenaline junkies were left stranded and terrified after getting stuck at a significant height. They were then forced to take the stairs down to the ground.

Recently, 4 adults shut down and “broke” down a kids ride at the theme park after attempting to ride Rugrats Lost River in the Nickelodeon Land. Read more on that here.

We create the fun you keep the memories.

The UK’s most ride intensive amusement park & home to the UK’s only Nickelodeon Land. Experience our newest rollercoaster, ICON!

Take part in our Jubilation Celebrations at our event space at FY4 by the Spectacular Dancing Water Fountains, where all our Platinum Jubilee celebrations will be happening.

Have you been to Blackpool Pleasure Beach?