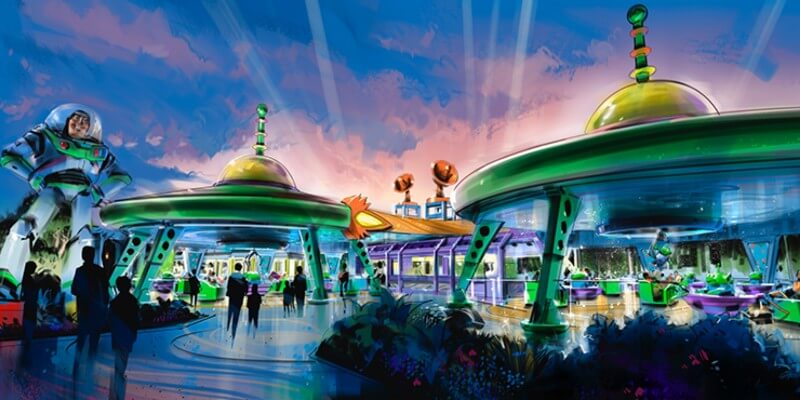 Memorial Day Weekend is always busy at Walt Disney World – with schools letting out for the summer and three-day weekends for most American employees. This year, crowds are multiplied with the opening of Guardians of the Galaxy: Cosmic Rewind at EPCOT on Friday.

EPCOT, Magic Kingdom, and Disney’s Animal Kingdom boast three-digit wait times for their most popular attractions this weekend. But at Disney’s Hollywood Studios, the wait times got even worse on Saturday.

According to one Guest, half of Alien Swirling Saucers, a spinning ride in Toy Story Land, was down all day on Saturday, leading to higher wait times for the ride, reaching 70 minutes for another Guest.

Alien Swirling Saucers, like Dumbo at Magic Kingdom and Twilight Zone Tower of Terror at Hollywood Studios, operates two identical ride systems concurrently to move more Guests through the attraction faster. With one ride system down, the wait time doubles.

According to the Walt Disney World App at 3 p.m. today, Alien Swirling Saucers in Toy Story Land is “temporarily closed” entirely, with neither section of the ride in operation. This will undoubtedly lead to higher waits for the other rides in the Park, particularly others in Toy Story Land, like Slinky Dog Dash.

Opening with the rest of Toy Story Land at Disney’s Hollywood Studios in 2018, Alien Swirling Saucers is a spinning, space-themed ride for all ages with a height requirement of 32 inches. It’s the last ride Guests can see from the main entrance to Toy Story Land behind Toy Story Mania and Slinky Dog Dash. From Disney:

Take an intergalactic spin with the adorable aliens from Toy Story.

The cutest extraterrestrials in the galaxy have landed, and they’re taking you for a ride. Power up the saucers for an interstellar romp through space, while futuristic tunes set the mood.

Space cadets of all ages may enjoy this gentle whirl through the sky above Toy Story Land.

Have you experienced Alien Swirling Saucers in Toy Story Land recently? Have both sides been working? Let us know in the comments.