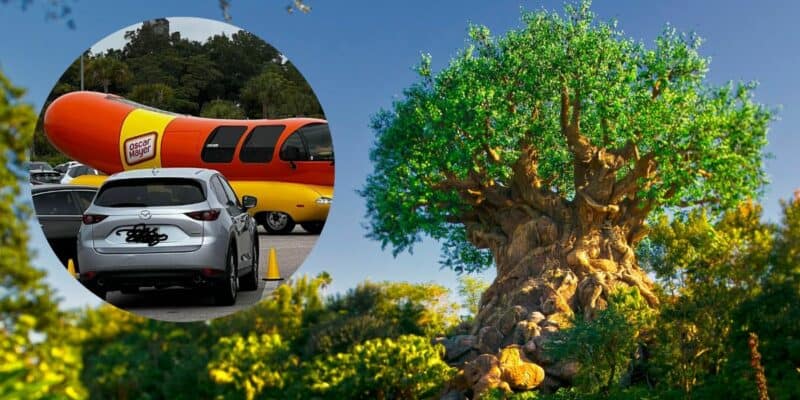 Lisa G. shared the following photo and expressed that she has now “officially seen everything at Disney” as someone “drove the Oscar Mayer Wiener truck to Animal Kingdom today”.

The Oscar Mayer Wiener truck is also known as the Wienermobile. It is used to promote and advertise Oscar Mayer products including delicious hot dogs, bacon, cold cuts and much more.

At this time, we are unsure of what exactly the Oscar Mayer Wienermobile is doing at Disney’s Animal Kingdom, but Inside the Magic will update you as we get information.

Disney’s Animal Kingdom is filled many attractions and offerings. Over in Pandora, there are two incredible attractions — Avatar Flight of Passage and Na’vi River Journey. Guests always flock to Pandora to take in the atmosphere and hop aboard either a banshee or a mystical riverboat.

What’s the strangest thing you have ever seen at a Disney theme park? Let us know in the comments below.