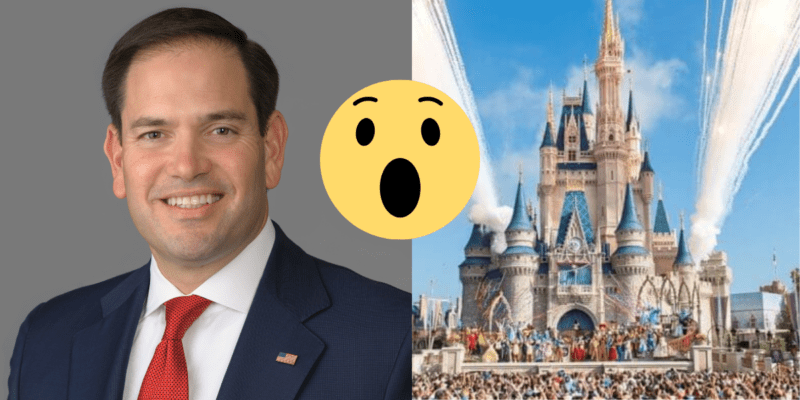 This week, Republican Senator from Florida Marco Rubio introduced a bill that would prevent companies from deducting travel expenses related to abortions or trans health care for minors, according to Business Insider. This comes days after the leaked draft of a Supreme Court ruling overturning Roe v. Wade, which protects a woman’s right to choose an abortion without excessive government restriction.

“Our tax code should be pro-family and promote a culture of life. Instead, too often our corporations find loopholes to subsidize the murder of unborn babies or horrific “medical” treatments on kids. My bill would make sure this does not happen.”

According to the same press release, current law allows businesses to deduct “ordinary and necessary” expenses, including the cost of employee health care plans and some medical expenses offered under employee benefits packages. Rubio aims to remove the cost of travel for abortion or children’s gender-affirming healthcare services from this law, as he believes taxpayers should not subsidize such treatments.

Senator Rubio even mentions Disney in his press release. He wrote that the bill “responds to recent announcements from several large corporations, including Amazon, Disney, Citigroup, Lyft, Yelp, Uber, Bumble, and Salesforce.”

However, some are calling this out, saying he is being hypocrite in introducing such a ban. During Senator Rubio’s presidential run in 2015, ABC News obtained two years of financial documents from running for the United States Senate in 2007 and 2008. These documents showed Senator Rubio using the Republican Party’s American Express card, meant for campaign expenses, for personal expenses, including Costco runs, movie tickets, and, most notably, trips to Walt Disney World.

It’s important to note that Rubio denied these allegations in 2015. He stated that he regretted using the card for personal expenses because it caused confusion, but he paid all the expenses back with his own funds.

Candidate at the time and future President Donald Trump used these allegations against Senator Rubio, calling him a “disaster with his credit cards.” He went on to drop out of the 2016 Presidential Election.

Marco is trying to prevent tax deduction but he had no problem charging the GOP for his wife's flowers and travelhttps://t.co/OFQAYzCHBX
Sen. Rubio introduces bill to prevent corporate travel deductions for … pic.twitter.com/rvBP21Gdi3

I forgot about Marco Rubio’s terrible inability to manage his own finances, and yet he sits up on Twitter and lords over the rest of us. Taxpayers paid for his family Disney World trips, wow, that’s expensive!

I forgot about Marco Rubio’s terrible inability to manage his own finances, and yet he sits up on Twitter and lords over the rest of us. Taxpayers paid for his family Disney World trips, wow, that’s expensive!

This news comes weeks after the conservative backlash against Disney for speaking out against the Parental Rights in Education Act, popularly known as the “Don’t Say Gay” bill. Congressional Republicans have called for Disney to lose special legal privileges, like the “No-Fly Zones” over the Disney Parks.

“I don’t think Disney is immune from any criticisms that it receives, and, frankly I think it should always be questioned about whether they should have anything special, like being its own county… At the end of the day, you have a company that decided to…damage the state of Florida by lying about some bill the Florida legislature passed.

[Disney] seems to be willing to use its corporate power to speak out against the decisions of democratically-elected legislators in Florida but has no problem doing business all over the world in places that are very repressive. For example, Disney cruises go to all sorts of countries around the world where, frankly, homosexuality is criminalized, and yet they have no problem doing business with those governments. So that hypocrisy is always going to shine a spotlight on you and question whether you should have any special benefit from the state that you’re damaging with your lies.”

But they have no problem using their corporate power to lie about laws passed by democratically elected legislators in #Florida pic.twitter.com/aURQrl9mQ9

United States Representative from Florida’s 10th District Val Demings spoke out against Governor DeSantis’s dissolution of the Reedy Creek Improvement District. Representative Demings, who is running against Senator Rubio for his United States Senate Seat, posted this to Twitter:

Do you think it’s hypocritical for Senator Rubio to introduce a ban on what expenses businesses deduct after allegedly using GOP funds for a family vacation to Walt Disney World? Let us know in the comments.