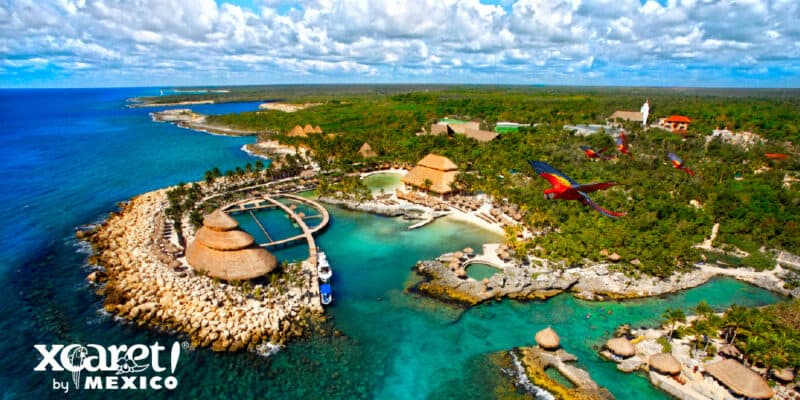 It seems that the Mexican government is accusing Xcaret, a nature-based aquatic theme park in Mexico, of operating without permits.

It is stated that Xcaret Park, ” is a privately owned and operated theme park, resort and self-described ecotourism development located in the Riviera Maya, a portion of the Caribbean coastline of Mexico’s state of Quintana Roo. It is part of Xcaret Experiencias Group which also owns the Xplor Park, Xel-Ha Park, and Xenses Park; as well as the Xichen, Xenotes, Xavage and Xoximilco tours and activities. ”

Mexico News Daily has recently stated the claims that:

Amid criticism over the absence of environmental permits for its Maya Train project, the government fired back Monday by claiming that a Quintana Roo theme park and hotel operator has never obtained permits for its projects.

“Xcaret is a group that prefers to ask for forgiveness rather than permission,” she told reporters.

The president’s spokesman, Jesús Ramírez, said on Twitter on April 27 that “devastation” caused by Grupo Xcaret at the Xibalbá park site is an “ecocide.”

“The company perforated cenotes, diverted subterranean rivers, and created artificial channels. It’s a shame that the environmentalists that protest against the Maya Train don’t see this destruction. No to predatory tourism development,” he wrote. Other Xcaret natural water attractions have reportedly been shut down due to the lack of permits. It seems the Park is looking to connect Cenotes, which others are stating should not happen as they are “natural unique ecosystems and by connecting them the ecological balance of the bodies of water is broken.”

Reportedly, the theme park is said to be “136 times bigger than the Wembley Stadium, occupying a 535-acre land space,” and around 70 per cent of the attractions will be undercover to cope with the unpredictable English weather. The theme park would not follow the “classic” castle look like Disneyland to a tee, but would do so with a twist. The Park’s theme is meant to reflect British television and films. The park has been called the “Paramount” Resort by many due to the ties with the production company,  located in Kent.

This is just one of many examples where a project of a grand scale can be massively derailed due to the natural impacts that its construction could create.

What do you think about this ongoing issue? Let us know in the comments below.