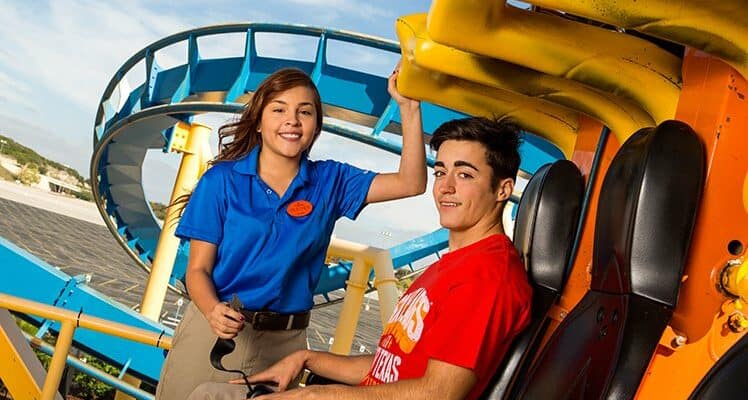 Brightly colored mega-coasters are the first thing you see when you enter many theme parks, and that’s no different at Six Flags New England.

Six Flags, which operates 27 theme parks across the United States, Mexico, and Canada, is famous for its bold, thrilling coasters that entice Guests to face their biggest fears.

In 2020, the Park announced that the giant lime green coaster, Goliath, would be closed through the end of the 2021 season.

Later in 2021, Six Flags fans took to Reddit to post images of the ride being demolished. For example, u/bizarrosfne posted:

Six Flags removed the ride from Park maps and confirmed it would not be reopening but did not give any reasoning for the ride’s closure. Now, fans are speculating on what that reasoning might have been.

u/UnwoundSteak17 on Reddit mentioned the low ridership on the ride and explained a bit more of Goliath’s history. Originally named Déjà Vu, the coaster’s original home was California’s Six Flags Magic Mountain from 2001 to 2011, when it was moved to Six Flags New England where it opened in 2012.

The Reddit user explains that Goliath received new ride trains when it was rebuilt, and locals felt the new trains were intolerably rough compared to the smoother ride at Six Flags Magic Mountain. They suggested alternative rides for Goliath fans looking for a similar experience, writing:

It originally opened in California, but eventually got shipped up here. When it got rebuilt, it also got new trains. These new trains were from a different manufacturer than the ride itself, and did not go well with the track. It went from decently smooth to intolerably rough, which made people not want to ride it. After a decade of having no lines and many technical issues, Six Flags decided to pull the plug on it, as there was no point in paying to fix a ride that nobody liked

If you want, there are several clones of it with the original trains. The two I can think of right now are Aftershock at Silverwood (in Idaho), and Quantum Leap, at Sochi Park in Russia (if you are familiar with formula 1, you would have seen quantum leap in the background of the Russian Grand Prix)

It’s important to note that Six Flags Great America in Illinois has a rollercoaster of the same name: Goliath. However, this popular ride is a wooden track coaster and completely different than the Goliath mentioned here.

Others stated that the ride was often broken down, making for expensive, regular maintenance. u/ColinHenrichon mentioned an incident in 2016 when a cable snapped on the ride. They wrote:

A cable snapped at one point, adding to the already high maintenance issues with the ride. It was hardly ever open. That with low ridership was the nail in the cofffin.

Six Flags has not announced a replacement for Goliath, and the spot on the Park map remains empty.

What new rides would you like to see at your local Six Flags? Let us know in the comments.