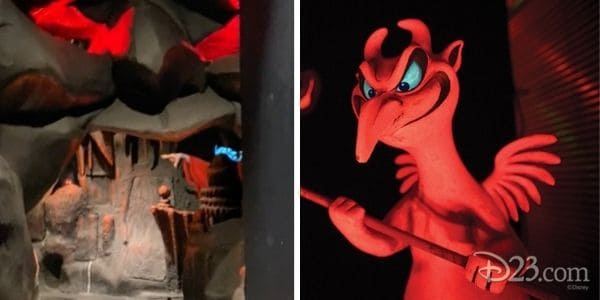 At the Disneyland Resort in Anaheim, California, there are many great rides and attractions for Guests to choose from. From newer and more “high-tech” experiences such as Rise of the Resistance in Star Wars: Galaxy’s Edge to more classic and iconic rides like “it’s a small world” and Haunted Mansion, Guests are sure to enjoy themselves in this historic theme park.

One of the more infamous rides in all of the Disney Parks can be found here as well, known as Mr. Toad’s Wild Ride.

This popular and unique dark ride is based on the Wind in the Willows scenes from the animated Disney film, The Adventures of Ichabod and Mr. Toad (1949), and takes Guest on a harrowing journey, that is, when the attraction is working properly.

In a video shared online, one Guest found themselves in what they called a “rare” moment at the Disneyland Park. See the post below shared by u/toosauccyy:

Broke down in Mr. Toad’s Wild Ride! This feels rare

Broke down in Mr. Toad’s Wild Ride! This feels rare from Disneyland

As you can see, the ride came to a complete stop and all of the lights turned on, revealing all of the intricacies and secrets of the dark ride. While attractions tend to break down sometimes, Mr. Toad’s Wild Ride is usually not one you see in this state too often.

Have you ever broke down on this ride?