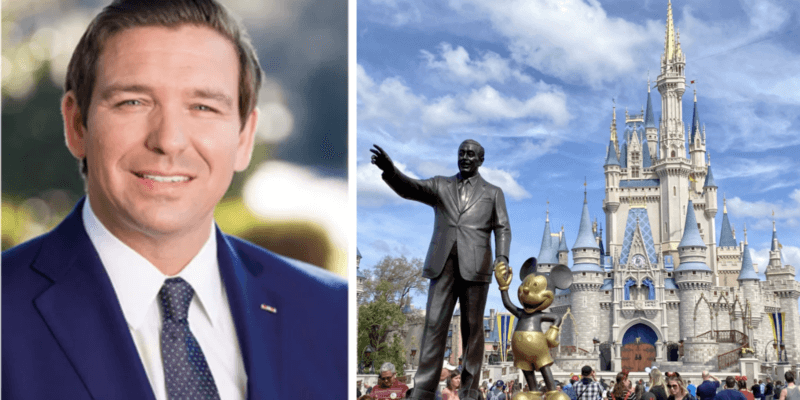 In the “theoretical” bidding war for the Walt Disney World Resort, one northern state is now doubling down on its invitation.

It should be noted that Disney World is not “up for sale” or planning on moving; however, with the current political climate in Florida, other states have offered themselves as a replacement location.

According to Deseret News, Colorado Gov. Jared Polis once again positioned his state as a possible home for a “Mountain Disneyland.”

Polis, a Democrat, told NBC’s “Meet the Press” on Friday that Colorado is open when it comes to Disney relocating, saying DeSantis “attacked Disney because of their political advocacy for LGBT rights.”

Polis compared Florida’s Republican Gov. Ron DeSantis to Russian President Vladimir Putin and Polis added, “In Colorado, I don’t care if your organization is conservative or liberal, I don’t care what your health care plan does, but we have a home for you,” Polis said. This is far from the first public official or figure to offer their state to Disney.

“We don’t interfere, or we don’t retaliate based on your politics,” he continued. “That’s what Putin does, that’s what Chávez did, and Maduro,” referring to the late Venezuelan President Hugo Chávez and his successor, Nicolás Maduro.

Gov. Polis said he was “taken aback” by the bill to dissolve Disney’s Reedy Creek Improvement District, which was signed by Gov. DeSantis a few weeks ago.

Last month, Polis tweeted that “Florida’s authoritarian socialist attacks on the private sector are driving businesses away. In CO, we don’t meddle in affairs of companies like Disney or Twitter,” adding that the state is ready for “Mountain Disneyland.” On Friday, Polis once again extended a hand to Disney, glorifying Colorado as a business-oriented state, regardless of the political leanings of the companies that reside within.

“This is not what America’s about,” he said. “You have the freedom to have your political opinion, whatever it is, and of course, the state is not going to have retribution against you because of that.”

This is just the latest development of the war between Gov. DeSantis and Disney as multiple legislators within the state of Florida attempt to dissolve Disney’s Reedy Creek District completely.

The Reedy Creek Improvement Act essentially allows Walt Disney World to reside in Florida unregulated, acting as its own “government” in a way. The act involved creating a special taxing district that acts with the same authority as a county government. The legislation made the claim that landowners within the Reedy Creek Improvement District, primarily Walt Disney World, could be allowed to be solely responsible for paying the cost of providing typical municipal services like power, water, roads, fire protection, etc. Local taxpayers, meaning residents of Orange and Osceola County, would not have to pay for building or maintaining those services.

What you visit Disney in Colorado?