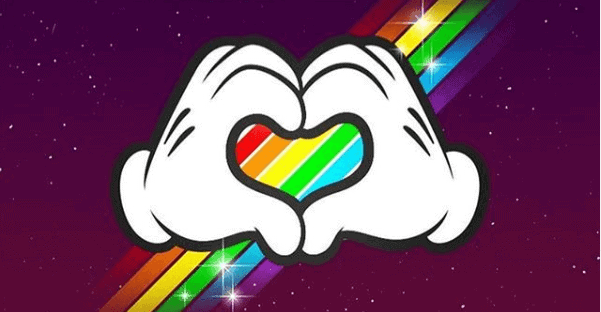 Disneyland and Walt Disney World announced an official Pride collection earlier this May, with 100% of the profits benefitting LGBTQIA+ organizations from now through June 30, 2022.

This year’s Pride Month collection is a significant update from previous years. Previously, Disney’s pride collection was called “Rainbow Disney,” notably not mentioning Pride, and only a portion of the profits went to LGBTQIA+ nonprofit organizations.

Though The Walt Disney Company hasn’t officially equated the two, fans have speculated that this is Disney’s way of doubling down against Florida Governor Ron DeSantis’s “Don’t Say Gay” law, officially titled The Parental Rights in Education Act.

DeSantis and other Republican politicians have retaliated against The Walt Disney Company for voicing dissatisfaction with the law. DeSantis himself introduced and passed legislation to dissolve the Reedy Creek Improvement District, which allows Walt Disney World to operate its own municipal services.

Some LGBTQIA+ Disney fans aren’t happy with the collection, with a photo of Pride-themed pins at Disneyland going viral on Reddit this week. Reddit user u/jeusheur attached the picture, which showed pins inspired by Star Wars, Mickey Mouse, Stitch, Pixar, and more:

Y’know for the lack of LGBT representation and the uphill struggle creators make to include it (in particular Disney cartoon show-runners), this feels really patronising.

Y’know for the lack of LGBT representation and the uphill struggle creators make to include it (in particular Disney cartoon show-runners), this feels really patronising. from lgbt

This post comes in the wake of an announcement that the third season of The Owl House, an animated series on Disney+ praised for its LGBTQIA+ representation, would be it’s last. Fans were distraught when one of the show’s creators asserted that she had to fight to get the final episode made and that Disney felt the show no longer “fit the brand.”

One user, u/watermelonnmermaids, wrote, “I hate this. We find out that they literally cut all same sex affection that could be perceived as gay and that the cut a same sex kiss from Lightyear and now this… We don’t want to put you on our screens but here’s our pride collection, hope you buy it. F u Disney.”

Allegedly, Disney only removed the scene for the film’s Chinese release, but this still upset many of Disney’s LGBTQIA+ fans. Reddit u/egrith wrote, “Queer characters in movies mean they cant get a China release, so they cant access the largest movie market in the world, but they can make this cheap crap and flog it for more than its worth, its nothing but pure exploitation.”

A Disney fan who lives in China noted that they don’t get Pride merchandise at their Disney Parks or Disney stores and longed for something similar that they could purchase.

What do you think of Disney’s Pride Month collection this year? Let us know in the comments.