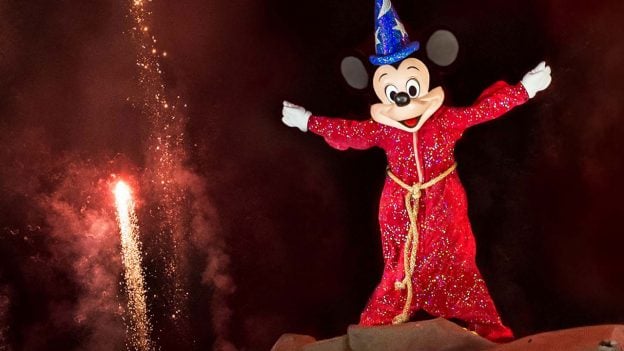 Walt Disney World Resort and Disneyland Resort have been in the midst of bringing back popular offerings in a phased manner over the course of the last couple of years.

One of the most beloved experiences at both Disneyland Park and Disney’s Hollywood Studios to still be closed currently? The nighttime spectacular Fantasmic!

Fantasmic! will be returning to Disneyland Resort on May 28, but there has not been an announced return date for the beloved show at Walt Disney World Resort.

However, Disney Park fans have recently shared a rumor that a major change could be coming to the nighttime spectacular when it does reopen.

“So I don’t know if this is true but I heard that actress Isla Fisher is going to be the new narrator of Fantasmic when it reopens,” User U/Sniper32135 said in a recent Reddit thread.

There is a rumor circulating that Isla Fisher could be the new narrator of Fantasmic! when it reopens. Fisher is known for her work in many popular films, including Wedding Crashers (2005), Confessions of a Shopaholic (2009), Rise of the Guardians (2012), Now You See Me (2013), and Scooby Doo (2002).

Linda Gary, who also voices Maleficient in Fantasmic!, is the current narrator of the nighttime spectacular.

In addition to the rumors of a possible narration change, Disney Parks Blog confirmed changes coming to Fantasmic!, writing:

It has also been reported that the scene featuring Pocahontas will be removed from the show.

What do you think of this rumor about Fantasmic!? Let us know in the comments!

Comments Off on Disney Fans Speculate Celebrity Will Join Fantasmic!