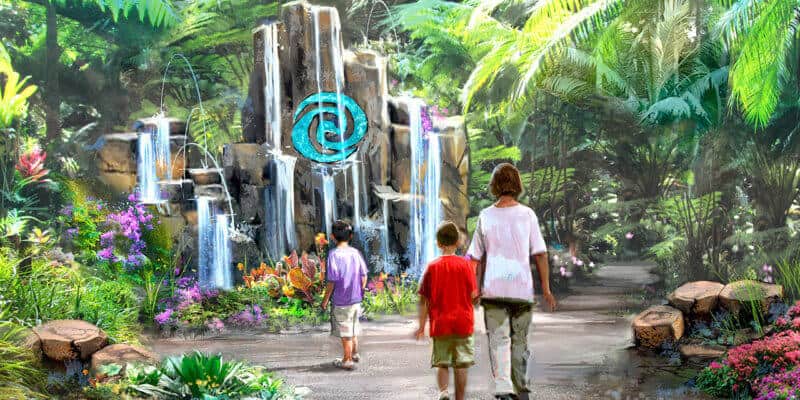 At Magic Kingdom, Disney is in the midst of constructing TRON Lightcycle/RUN located in Tomorrowland. Over in EPCOT, Disney is about to unveil the all-new Guardians of the Galaxy: Cosmic Rewind coaster-– which opens this month– while another construction project is currently taking place: Journey of Water, Inspired by Moana. 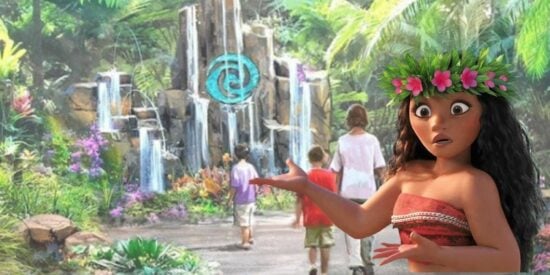 While some Disney Park fans have looked at different IPs and wondered what they have to do with the original premise of EPCOT, Walt Disney World Imagineer Zach Riddley recently conducted an interview where he talked about why EPCOT was chosen to be the location for the new Moana experience.

“For us, it’s about possibility. We say it’s magic and possibility,” Riddley said in an interview with Gizmodo. “So it’s a park about people, things that inspire us. [We thought about] the subjects that we want to bring forward, and we looked at what are some of those timeless ideas, stories that Disney can bring a unique entry into, but [are] also something that you could experience in 20 years. And you’re still getting that that kind of aspiration so that we don’t create a situation where instantly it’s out of date, we move past it to find it. So for us, those are what we’re calling these timeless stories that are in these themes that Epcot uniquely can bring. We do have an entire greenhouse on Living With the Land, the showcase of all that technology. With Journey of Water—this is a good example of how Epcot and Disney intellectual property come together. Journey of Water inspired by the Moana is another experience that’s coming as part of the vision. And that’s in the World Nature neighborhood, which is on the other side of the park that’s adjacent to The Seas and The Land.”

Riddley shared that the attraction is all about celebrating the importance of water and its cycle, which he says fits in perfectly with the theme that is EPCOT.

“For Journey of Water, the idea is really celebrating the cycle,” Riddley said. “You actually get a chance to meet water the same way Moana meets her friend water in the film, and we have some really fun experiences as you move through this trail that are totally unique, invented for this. But the underlying subject is really the importance of preserving water, like the cycle of water, the fact that all water is essentially finite, and it’s important for us to understand its role and to preserve it as a resource, so we’re able to use elements from Moana’s story. But the Epcot story is about water and its conservation; that idea is rooted in real ideas, real things that inspire us but then actually take you into that experience. That’s what we think the unique space of Epcot can bring to life.”

Are you excited to experience Journey of Water, Inspired by Moana? Let us know in the comments!