BRAND-NEW Offerings Confirmed For Disney's Halloween Party - Inside the Magic 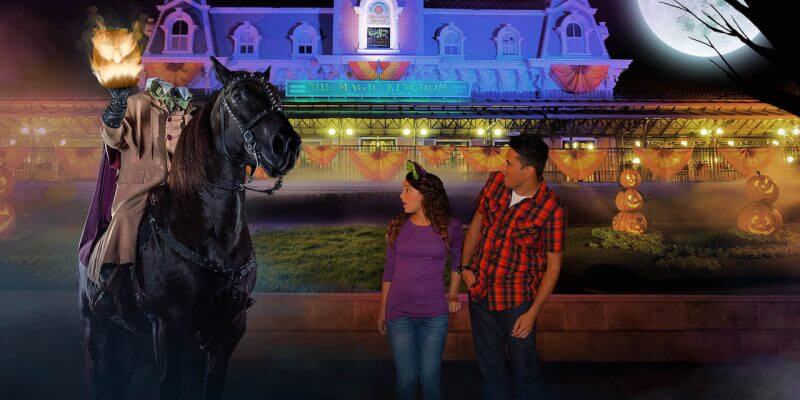 Last week, we reported that Mickey’s Not-So-Scary Halloween Party is returning to Magic Kingdom this August. Due to the ongoing COVID-19 pandemic, Disney previously replaced the beloved party with more limited offerings like Disney After Hours BOO Bash. Though this event sold out in 2021, it received backlash from fans for limited character sightings, shorter event hours, and longer lines compared to previous Halloween events.

Much to the excitement of Guests, the fan-favorite Halloween event will return starting August 12 with additional offerings celebrating Walt Disney World’s 50th Anniversary! Guests will receive a Halloween-themed commemorative print celebrating the Park’s anniversary as well as a reusable trick-or-treating tote bag.

For fans of Disney’s PhotoPass service, even more event-exclusive magical photo opportunities will be available, with some possibly celebrating both Halloween and the 50th Anniversary.

NEW! In honor of the 50th Anniversary celebration, we’re adding even more fun to Mickey’s Not-So-Scary Halloween Party this year in the form of event-exclusive step-in photo opportunities. And in addition to the reusable trick-or-treating tote bag, guests will also receive a Halloween-themed 50thAnniversary celebration commemorative print.

The Jack Skellington popcorn bucket and Lady on the Gravestone 50th Chilling Chamber Pop made of citrus cake and raspberry frosting were just a few of the limited-time spooky offerings available at Walt Disney World from April 28 through May 1.

If you missed out on these offerings, your opportunity for a Not-So-Scary treat hasn’t vanished yet! Gideon’s Bakehouse in Disney Springs will offer Gideon’s Hand Pies — one of their famous chocolate chip cookies baked inside a buttery, flaky pie crust — from May 10-12.

While we’re all enjoying the Halfway to Halloween festivities, the real spooky, scary fun starts at Magic Kingdom in August. If you’re hoping to attend Mickey’s Not-So-Scary Halloween Party, tickets will range from $109-199 and go on sale May 18 through Walt Disney World’s website and vacation planning phone line.  The event will be held on these dates:

However, if you’re staying at a Walt Disney World Resort hotel, you may be able to purchase your tickets as early as May 12.

Are you hoping to attend Mickey’s Not-So-Scary Halloween Party at Walt Disney World? Let us know in the comments below!

If you want to visit Walt Disney World on your next family vacation to experience Mickey’s Not-So-Scary Halloween Party or any of the four theme parks — Magic Kingdom, EPCOT, Disney’s Animal Kingdom, and Disney’s Hollywood Studios — but aren’t sure where to begin planning, then don’t hesitate to reach out to our friends over at the Authorized Disney Vacation Planners at Academy Travel for a free quote.