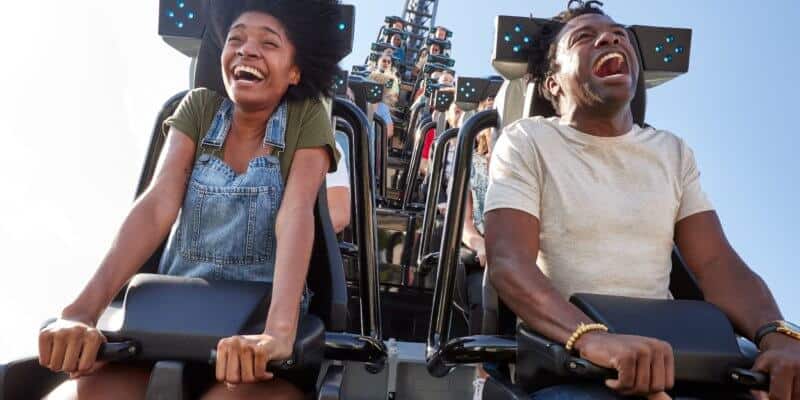 Perhaps the most thrilling attraction at Universal Orlando Resort can be found in Jurassic Park at Universal’s Islands of Adventure.

The Jurassic World Velocicoaster, which opened in the summer of last year, lets Universal Orlando Guests experience “the thrill of the hunt” with an insane track that includes an incredible ride with four inversions, two exhilarating launches, a one-of-a-kind 360-degree barrel roll right above the lagoon, an inverted zero-gravity stall that sends riders upside down across 100 feet of track, and a 155-foot tall “top hat” with a 140-foot drop at eighty degrees.

Recently, a Universal Orlando Guest reported an incident that is certainly rare, to say the least.

“I rode Velocicoaster twice this morning,” User U/SCexplorer11 said in a recent Reddit thread. “Amazing ride, probably new number one coaster. On my second ride, instead of speeding up on the second launch, the ride hit the brakes. We then slowly rolled backward and then stopped for a few minutes. We launched backward to get some momentum then launched up into the top hat at full speed. It was quite a unique experience.”

The user reported that during the second launch of the Velocicoaster, the train slowed to a stop and rolled backward. After being stopped, it moved back to gain momentum and then launched at full speed. What the Guest is describing is known as a “rollback.”

These don’t happen often, but they have been known to happen on roller coasters. Essentially, the train miscalculates its launch and is forced to roll backwards to try again. While this type of malfunction may seem frightening to some, Universal Team Members are highly-trained to ensure Guest safety and there was never any real danger during the incident.

Have you ever experienced a rollback on a coaster? Let us know in the comments!