Universal Fans Calling For More Fast & Furious in Parks, Despite Controversy - Inside the Magic 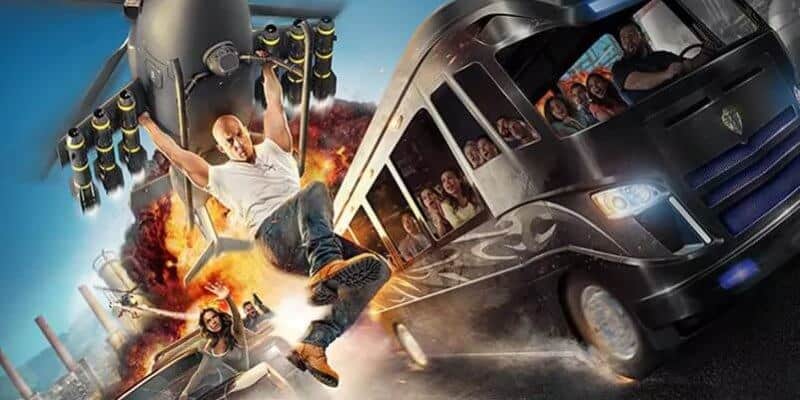 Perhaps the most controversial ride at Universal Orlando Resort opened in 2018.

Fast & Furious– Supercharged took over the space where Disaster: A Major Motion Picture used to stand and many Universal Orlando Guests have been fuming about it ever since.

The attraction has been called “lazy,” “poorly executed,” and a “disappointment.” It shows much of the same technology as Skull Island: Reign of Kong next door at Universal’s Islands of Adventure, but many have noted they believe the production quality is worse.

Still, there is a contingent of Universal Orlando Resort fans who love the IP and want to see it get yet another chance.

One of the rumors about the Epic Universe– Universal’s newest theme park coming in 2025– is that there will be a “racing coaster.” This hasn’t been confirmed by Universal, but many permits, and the concept art shows this potentially loosely based on a space theme.

In a recent Reddit thread, one Universal fan recommended that the coaster become Fast & Furious based.

“Universal pretty much never builds non-IP rides, so I have doubts about the coaster staying that way,” User U/nicklikesstuff said. “Considering Universal Orlando’s only attempt at a Fast and Furious attraction so far has been something left to be desired, it would make perfect sense for one of the park’s new premier attractions that is supposed to reach high speeds to be based on it.”

Another user had much of the same thoughts.

“As much as I don’t care for the F&F franchise, I’ve always thought that the concept had a ton of theme park potential,” User U/mrmonster459 said. “Considering, like OP said, their current attempt has been a dud, maybe it wouldn’t be the worst idea to try again but this time with an actual ride instead of with an incredibly bad F&F short film.”

However, many more Universal Orlando fans say they want the coaster to remain without a specific IP, such as what we see with Port of Entry and the Lost Continent at Universal’s Islands of Adventure.

While nothing has been confirmed about Epic Universe, there is very little chance Universal would attempt to make the coaster Fast & Furious themed, especially after the amount of controversy and backlash that the attraction at Universal Studios Florida and even Universal Studios Hollywood has received.

As far as what we know about Epic Universe, it has already been confirmed that there will be a Super Nintendo World. This land will feature Mario Kart, Yoshi, and Donkey Kong attractions. A How To Train Your Dragon land, along with other possible DreamWorks Animation IPs, is rumored, as well as a Classic Monsters Land and another addition to the Wizarding World of Harry Potter.

What do you think of Fast & Furious at the Universal Parks? Let us know in the comments!