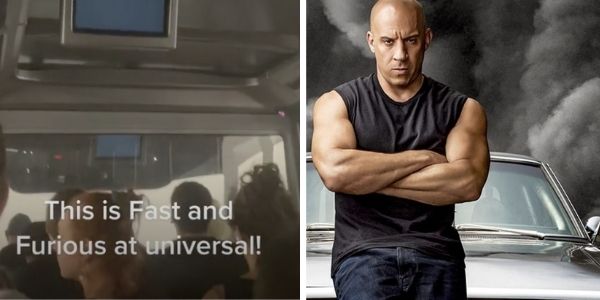 It’s all about family.

Universal Studios has so much to experience for the thousands of Guests who visit the Parks each day. Offering so many brands, properties, and franchises like The Simpsons, Spider-Man, Harry Potter, and many more, Universal is an amazing experience for movie lovers of all ages.

However, One of these franchises has garnered quite a reputation within the Parks, and in a video posted to TikTok, dozens of Guests were left stuck on it.

The Fast and the Furious is an incredibly popular and successful film series with multiple entries as well as a few spin-offs like Hobbs & Shaw (2019). Recently, this franchise made its breakout debut at the Universal Parks in Universal Studios Hollywood and Universal Studios Florida with Fast and Furious – Supercharged. The ride is an action-packed experience for fans of the film series featuring appearances by Dwayne “The Rock” Johnson, Vin Diesel, Jason Statham and Michelle Rodriguez to name a few. The ride is loved by some, but many Universal fans have also had negative things to say about it, giving it its “controversial” reputation.

However, this “Fast Saga” ride is not as much fun when everything breaks down and leaves Guests stuck — which is exactly what happened to ketmerritt (@ketmerritt) 0n TikTok.

As shown in the video, all the lights came on and the screens went blank, completely ruining the immersion and experience of the attraction, although many would argue they aren’t missing much. The ride has a 2.5-star rating out of 5 on Google Reviews with many claiming the ride is not worth your time. Although we cannot see what happened next, it is likely that Universal either got the ride running once again, or evacuated the Guests.

More on Fast and Furious – Supercharged:

Join The Family. Join The Ride.

Join the crew for an immersive Fast & Furious experience. Step into an amazing re-creation of the crew’s headquarters filled with actual movie props and supercharged vehicles you’ve only seen on the big screen. Ride along with Dom, Letty, Hobbs, and Roman on a street chase in the middle of the high-octane world of the Fast & Furious blockbuster films.

Have you been on Fast and Furious – Supercharged? What’s your opinion on it? Let us know in the comments below!