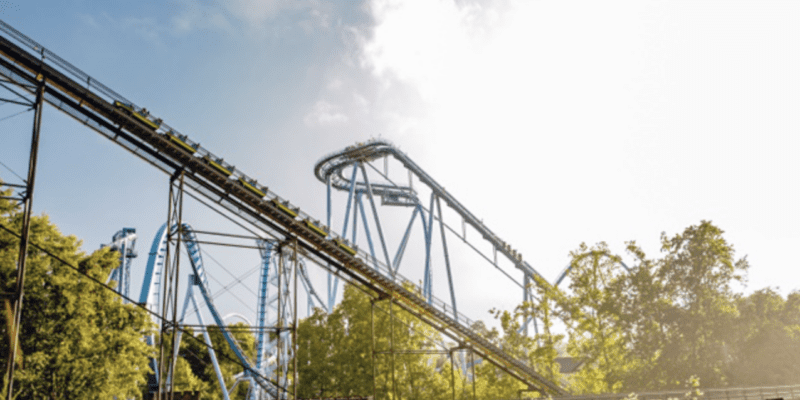 Busch Gardens Williamsburg located in Virginia is an incredibly popular theme park that sends locals and tourists flocking over each year. Now, it seems that one of the attractions has likely said goodbye to the theme park, forever.

On top of that, it is reported that the ride was actually removed from the Park! BGWFans (@BGWFans) reported:

The ride is no longer advertised on their site, and now, no longer in the theme park. Google also lists the attraction as “Permanently Closed” when searched. Busch Gardens has also announced the official closure.

Busch Gardens Williamsburg located in Virginia is a fantastic theme park for those looking for thrills. Apollo’s Chariot, Verbolten, Invadr, Griffon, Tempesto, The Lock Ness Monster, and Escape From Pompeii are among some of my favorite rides that I have enjoyed within the Park. Pantheon is a new coaster that has also just opened at the Park.

Busch has stated that Pantheon is one of the most anticipated attractions to open in 2022, lumping it in with coasters such as Iron Gwazi at their Tampa Park, Icebreaker at SeaWorld Orlando, and Guardians of the Galaxy: Cosmic Rewind at Walt Disney World Resort, which is rumored to open in May after a Disney executive leaked the information on Twitter.

The company describes the ride as, “Pantheon, the world’s fastest multi-launch roller coaster, is officially launching at Busch Gardens® Williamsburg on March 25, 2022. Members will have exclusive opportunities to ride on select dates, Now – March 13! Harnessing all the speed and strength of five of the greatest Roman gods, this record-breaking coaster stands 180 feet tall with a top speed of 73 mph, and features a 95° drop, 4 launches, 5 air-time hills and 2 inversions.” With stats this crazy, it seems that the coaster can compete with some of the most thrilling in the world, including the newly launched Jurassic World VelociCoaster at Universal Orlando Resort.

What do you think of the loss of this attraction? Let us know in the comments below!