After Mysteriously Disappearing, Iconic Aspect of Splash Mountain Returns - Inside the Magic 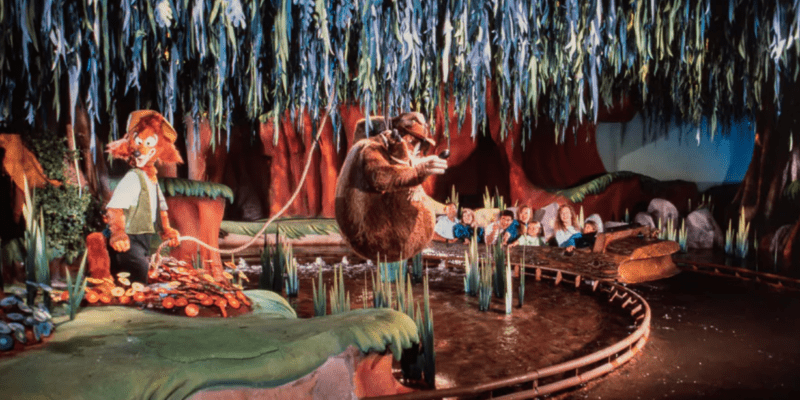 Splash Mountain is currently located at both Walt Disney World Resort and Disneyland Resort. The attraction is based off of the film, Song of the South, which is extremely controversial as many deem it racist. In fact, the movie considered by many as the most controversial and notorious film in Disney’s history. Because of this, it was never made available on home video in the U.S. and is currently missing from Disney’s streaming service, Disney+.

On this beloved attraction, you depart on a journey inside of a hollowed out log and are transported into the world of Brer Rabbit. You quickly join the adventures of Brer Rabbit as he leaves his home and is pursued by Brer Fox and Brer Bear. The attraction features iconic songs, including “How Do You Do?”, “The Laughin’ Place” and the Academy Award®‐winning ʺZip‐A-Dee‐Doo‐Dah.ʺ

The good news is that “all is right in the Parks” as one Guest shared that Br’er Bear is once again holding the carrots!

Br’er Bear’s carrots have returned. All is right in the parks from DisneyWorld

Disney commissioned New Orleans-based artist Sharika Mahdi to create a series of paintings as inspiration for Disney Imagineers for the Splash Mountain retheme into The Princess and the Frog. And in August 2021, Disney released the first painting by Mahdi and the latest rendering of the attraction.

Are you excited to see Br’er Bear’s carrots return to Splash Mountain? Let us know in the comments below.