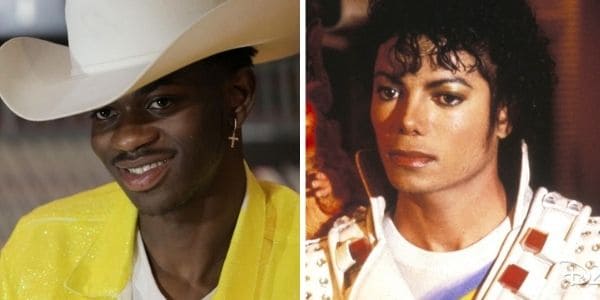 Some keen Disney Park fans noticed the popular musician represented a very familiar look at the award show the other night.

After his smash-hit single “Old Town Road” became the highest certified song ever, going over 14x platinum, the music industry along with the rest of the world realized Montero Lamar Hill (22) who uses the stage name Lil Nas X was not just a fad but here to stay. Since “Old Town Road”, Lil nas X has only found more success, with other songs charting incredibly high as well.

Lil Nas X’s fashion is also a big part of the musician’s career and persona, with bright colors and flashy designs always incorporated into the outfits he wears. This was seen yet again at this year’s Grammy Awards where the musician wore a futuristic white jumpsuit with colorful accents throughout.

The look was bold but some passionate Disney fans couldn’t help but be reminded of another icon in the music industry as shown in a tweet from Eric Chu (@ericthomaschu) below:

Did any other Disney-minded person think this too when seeing Lil Nas X’s outfit from the Grammys?

Did any other Disney-minded person think this too when seeing Lil Nas X's outfit from the Grammys? pic.twitter.com/kp22VEvOZo

As you can see, the tweet compares and contrasts Lil Nas X with the iconic look Michael Jackson wore in Captain EO (1986).

Captain EO was Disney’s first 4D movie ever. The film was a collaboration between a lot of people with Star Wars’ George Lucas writing and legendary director Francis Ford Coppola directing.

The film of course starred King of Pop Michael Jackson himself. The film ran at Disney World’s EPCOT from 1986 to 1994 and then was brought back for a short time period, running from 2010 to 2015 as a tribute to Jackson after his shocking death. The movie was located where the Disney & Pixar Short Film Festival now resides in the Imagination Pavilion of EPCOT’s Future World.

I didn’t see the Grammys but, yeah definitely.

I didn't see the Grammys but, yeah definitely.

While Captain EO has not been shown in years, the outfit worn by Lil Nas X definitely reminded us along with these Guests of the iconic film, having us imagine a reality where the musician reprised the role.

Did you get to experience the original Captain EO at EPCOT?