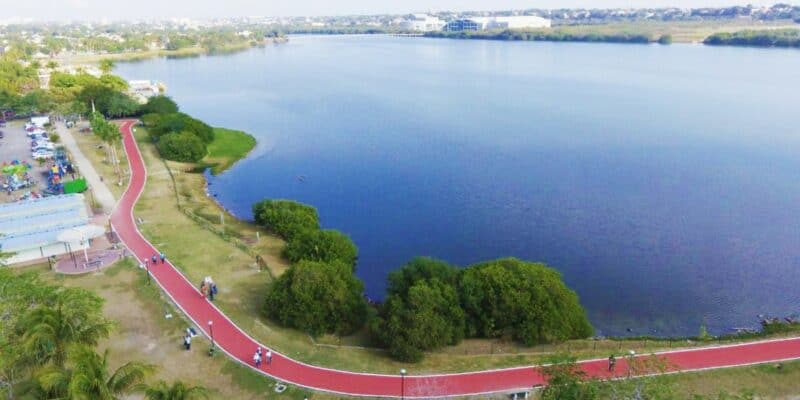 An intoxicated man broke into a crocodile enclosure at Carpintero Lagoon in Tampico, Mexico, endangering his life and shocking everyone around him.

The inebriated man decided to jump the fence into the enclosure of a group of crocodiles despite bystanders trying to stop him. The man claimed crocodiles respected him and ignored the danger of the situation.

After jumping the fence, the man decided to take this dangerous act further and started kicking the animals, almost getting his leg bitten by one of them. “Don’t disrespect me because I am your king,” yelled the man at the crocodile.

According to witnesses, the man was not arrested by authorities and escaped the enclosure unharmed.

A man under the influence of drugs jumped the security barriers at Carpintero Lagoon, where crocodiles are located, bothering them and almost being bitten by one of them.

Carpintero Lagoon is a natural park located near the Gulf of Mexico in Tampico, Mexico, and is home to several wild species, including white storks and crocodiles. The park offers guided boat tours that take Guests through several rivers and swamps that merge into this lagoon.

The park also offers several locations for Guests to enjoy recreational and physical activities, as well as a gallery of urban murals created by local artists and a market of local artisan crafts.

It is worth noting that, much like Floridian alligators, crocodiles are a dangerous species and should be respected to prevent any incidents, especially since the mating season is closing in for both species.

We have previously reported on the tips that gator experts have put in place so that you can feel safer and better prepared when coming in contact with a gator if that were to happen.

What do you think of this dangerous incident? Let us know in the comments below!