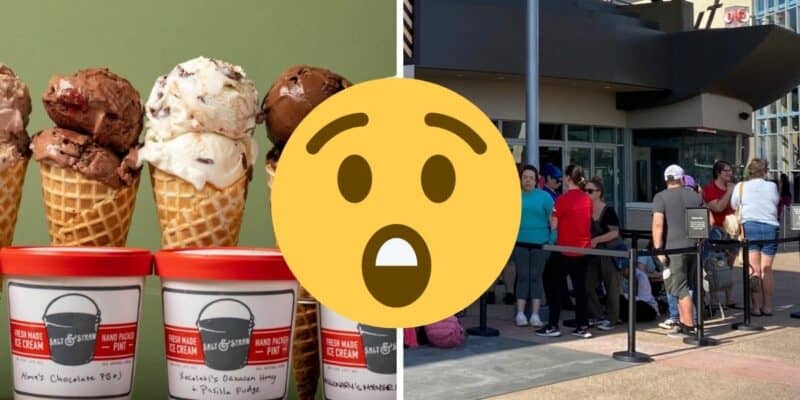 Salt & Straw already has a location in Downtown Disney at Disneyland Resort, and now those who are traveling to the other side of the country to Walt Disney World will also be able to taste the delicious and iconic ice cream flavors as Salt & Straw is opening up a location in Disney Springs — and today is the grand opening!

People have already started lining up at Disney Springs for the Salt & Straw grand opening. The first 100 customers get a free scoop of ice cream.

People have already started lining up at Disney Springs for the Salt & Straw grand opening. The first 100 customers get a free scoop of ice cream. pic.twitter.com/0N7MBUnpqx

Disney Springs is set to open at 10 a.m., meaning these Guests were lined up nearly one hour early!

Are you going to visit Salt & Straw in Disney Springs? Let us know in the comments below.