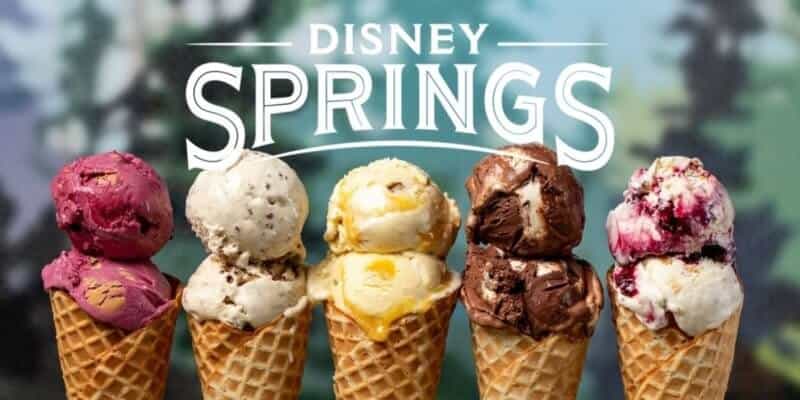 Salt & Straw, the popular ice cream company, just made a huge announcement — They will be opening a brand-new location at Disney Springs in Walt Disney World Resort!

Salt & Straw already has a location in Downtown Disney at Disneyland Resort, and now those who are traveling to the other side of the country to Walt Disney World will also be able to taste the delicious and iconic ice cream flavors as Salt & Straw will be opening up a location in Disney Springs next year!

America’s favorite artisan ice cream company, Salt & Straw, expands its presence to the “Most Magical Place on Earth” with the debut of its scoop shop at Disney Springs at Walt Disney World Resort next year. This location marks the third location in Florida, and the 27th location nationwide.

“It’s a dream come true for our little Portland, Oregon ice cream company to have the opportunity to expand our relationship with Disney and open at Disney Springs next year. We love to use ice cream to remix flavors you already know and love while exploring food trends, social issues and small, local makers. It’s so exciting to bring our unique combination of comfort and adventure to the big stage at Disney World,” shares CEO and co-founder Kim Malek.

Related: Don’t Miss Out on This Disney Food Hack!

Salt & Straw in Disney Springs will include all-time favorite flavors such as Honey Lavender and Chocolate Gooey Brownie. The press release continued to note:

This morning, Salt & Straw teased the announcement by posting the following meme on Instagram along with the caption:

THE WAIT IS ALMOST OVER ?⁠

Stay tuned to see what we’ve been dreaming up ? Any guesses?! ? #comingsoon

Now that the wait is over, are you excited to hear this news? Will you be visiting Salt & Straw in Disney Springs next year? Let us know in the comments below.