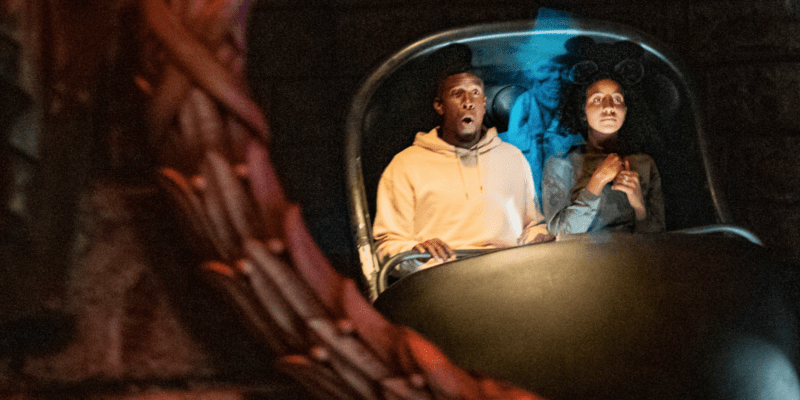 One Disneyland Guest recently had a very unique and possibly “ghostly” experience when riding one of the most beloved attractions at the Resort.

At the Disney Parks, there are so many experiences and encounters that are waiting for Guests. From classic rides to thrilling shows and live entertainment, Disneyland is not only the original Disney Park but arguably the one with the most to do.

However, one Guest recently shared their quite strange and possibly ghostly experience that may have not been planned.

In a recent Reddit post, one Guest shared details of their strange and possibly spiritual experience when riding the Haunted Mansion in Disneyland. The Guest claimed that their buggy was haunted after it glitched out and asked the following:

Wondering if anyone else has had this experience. Just got off HM and as we past the Hat Box Ghost, our audio started playing the audio from The Nightmare Before Christmas layover. Asked the CM at the exit and they said it happens to one buggy every cycle. Could of been something she made up, but I feel lucky to have rode the Haunted Buggy”

Funnily enough, several users in the comments claimed that they had also experienced this strange event, with some even claiming they had encountered it just a few days ago. One said that while interesting, this “glitch” should be reported as it is bad show for the attraction.

The audio should only play during Halloween and Christmas, but sometimes it seems like can happen after the ride glitches out, unless of course, you believe that the Haunted Mansion is truly haunted.