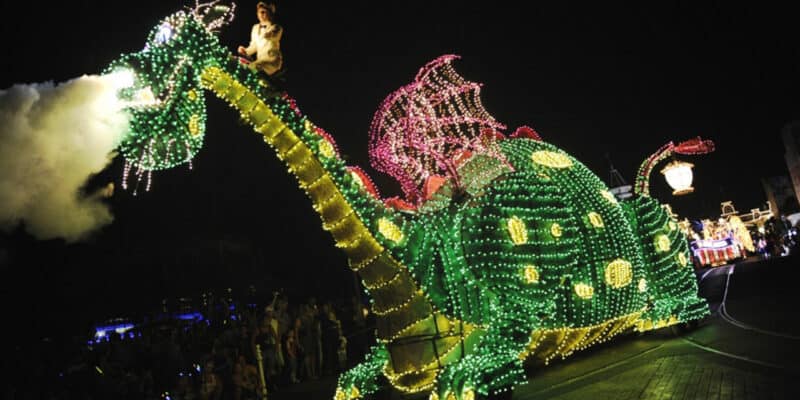 The Main Street Electrical Parade, as well as Disneyland Forever, will officially return to Disneyland Park on Friday, April 22! As we are now just days away from the return, Disney Parks is now teasing a special livestream happening tonight, April 20.

Tune in at 8:30pm PT / 11:30pm ET tomorrow to @DisneyParks on TikTok, YouTube, Facebook, and Twitter for a special livestream that you won’t want to miss! ✨

Tune in at 8:30pm PT / 11:30pm ET tomorrow to @DisneyParks on TikTok, YouTube, Facebook, and Twitter for a special livestream that you won’t want to miss! ✨ pic.twitter.com/8IsSsU4Nsh

Disney Parks is not giving many other details aside from the date and time, leaving many fans guessing at what this livestream could be.

Since this is later in the evening, we are suspecting Disney may give fans a special preview of the nighttime shows returning to Disneyland, including Disneyland Forever and the Main Street Electrical Parade, but again, this is speculation as Disney has not confirmed what the livestream will be yet.

The Main Street Electrical Parade has had many renditions at Walt Disney World, Disneyland Park, and Disneyland Paris over the years, but has not made an appearance since September 2019 so having it finally return this week is very exiting to Guests and fans.

When the Main Street Electrical Parade returns, it will be celebrating its 50th anniversary. To commemorate this milestone, there will include “an all-new, enchanted grand finale that celebrates the theme of togetherness.”

Disneyland is also preparing to bring back Fantasmic! and World of Color on May 28, 2022.

What do you think this special livestream will be? Let us know in the comments below.