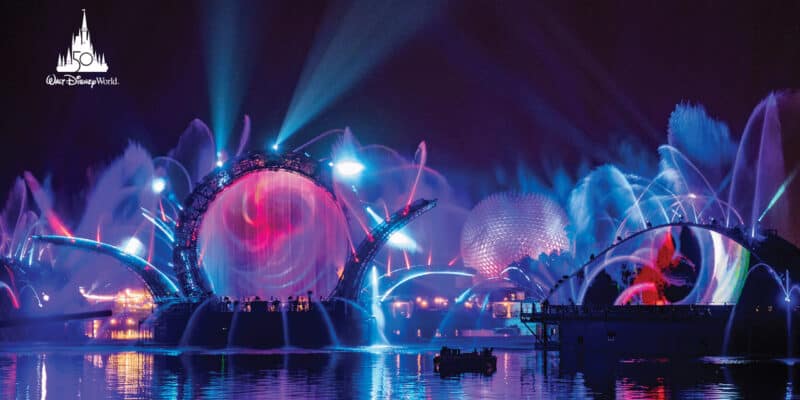 Walt Disney World Resort and Disneyland Resort are home to many stunning and incredible nighttime spectaculars.

Disneyland Resort has recently announced that its nighttime spectaculars would be returning on April 22, including the Main Street Electrical Parade, Disneyland Forever fireworks show, and World of Color. In addition, Fantasmic! will be coming back to Disneyland on May 28.

Over at Walt Disney World Resort, Disney Enchantment was introduced at Magic Kingdom last year to replace the beloved Happily Ever After fireworks show. While there has been no update on Fantasmic! at Disney’s Hollywood Studios, construction is progressing and the attraction is set to reopen this year at some point.

The show has been running for several months now and has captivated Disney Park Guests with its dazzling floating giant screens, choreographed moving fountains, lights, lasers, and so much more.

Disney just recently updated its Park Hours through the first of June and it seems the nighttime spectacular will be mysteriously disappearing for one night.

On June 5th, EPCOT is set to close an hour early at 8:00 p.m. and EPCOT Harmonious will not be running this night. While Disney has not confirmed the reason, this is typically due to a private party renting out the theme park.

There is so much to enjoy at EPCOT. Check out Spaceship Earth and then head over for some thrills on Mission: SPACE and Test Track. Enjoy the World Showcase and enjoy some incredible rides on Frozen Ever After, Gran Fiesta Tour Starring The Three Caballeros, and Remy’Ratatouille Adventure. Stop into the Imagination Institute to catch up with Figment in Journey Into Imagination and then hit both Soarin’ Over The World and Living with the Land inside The Land Pavillion. Stop in to see Nemo & friends and then relax and enjoy the Disney & Pixar Short Film Festival. Blast off with Guardians of the Galaxy: Cosmic Rewind— opening this May– and also, don’t forget to check out the all-new nighttime spectacular, Harmonious, which is playing every night at EPCOT.

Will the EPCOT Harmonious disappearance affect your Disney vacation? Let us know in the comments!