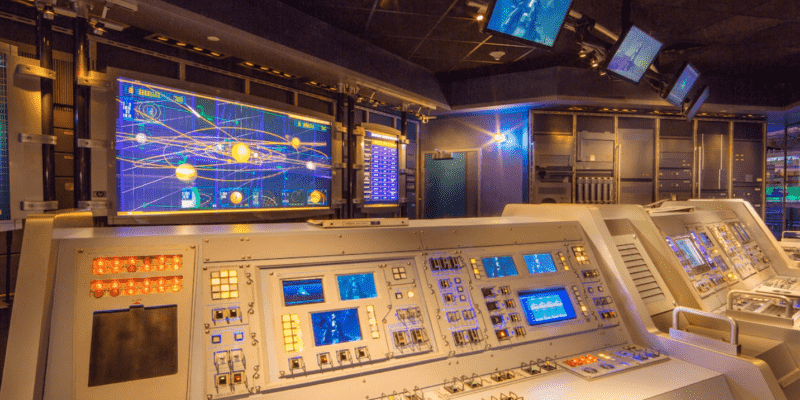 Walt Disney World Resort Guests are able to enjoy so many thrilling experiences while visiting each Disney Park.

From iconic attractions like Haunted Mansion, Pirates of the Caribbean, and “it’s a small world”, to thrilling rides like Rock ‘n’ Roller Coaster Starring Aerosmith, Twilight Zone Tower of Terror, Expedition Everest, and everything in between, there’s something for everyone to experience at Walt Disney World Resort.

One of the most intense attractions at Disney World, however, is Mission: SPACE at EPCOT.

The ride gives Disney Park Guests the simulation of a lifetime as they embark on an epic journey in Outerspace as they themselves because astronauts. It simulates what an astronaut– perhaps even one working with the International Space Station– would experience on a journey to Mars.

TikTok user @waltdisneyworldparks recently shared a video where Guests riding the attraction saw it break down.

As you can hear in the video, a Guest captures the moment where the attraction is delayed and hilariously adds “Houston, we have a problem” as the Disney Cast Member comes over the audio system. Of course, if the Guests needed to be evacuated, Disney Cast Members are expertly-trained and would have ensured the Guests’ safety.

You Are Go for Launch

What’s it like to be an astronaut? You’ll find out on Mission: SPACE!

EPCOT is the epicenter of Walt Disney’s vision for tomorrow. Check out Spaceship Earth and then head over for some thrills on Mission: SPACE and Test Track. Enjoy the World Showcase and enjoy some incredible rides on Frozen Ever After, Gran Fiesta Tour Starring The Three Caballeros, and Remy’Ratatouille Adventure.

Stop into the Imagination Institute to catch up with Figment in Journey Into Imagination and then hit both Soarin’ Over The World and Living with the Land inside The Land Pavillion. Stop in to see Nemo & friends and then relax and enjoy the Disney & Pixar Short Film Festival. Also, don’t forget to check out the all-new nighttime spectacular, Harmonious, which is playing every night at EPCOT.

Have you ever been broken down on MISSION: Space? Let us know in the comments!