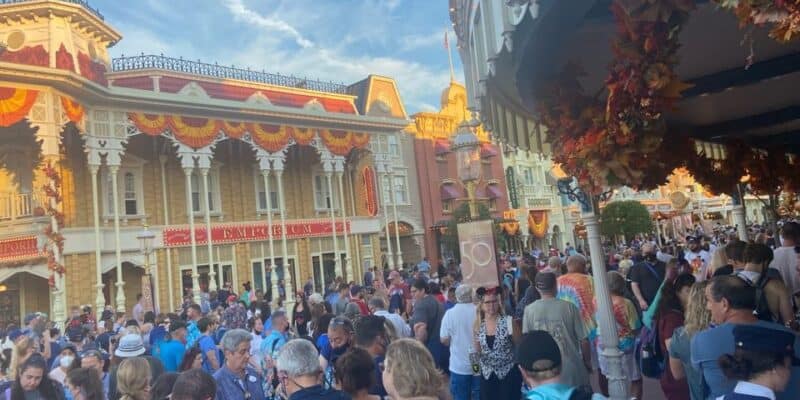 If you are going to Walt Disney World, be sure to double-check your tickets in the My Disney Experience app as some Guests have reported issues.

Recently, we reported on multiple Guests facing issues regarding the Disney Park Pass reservation system. One of the newer additions to the Walt Disney World Resort, after Magic Kingdom, EPCOT, Disney’s Animal Kingdom, and Disney’s Hollywood Studios reopened have been that Disney Park Passes are now needed to enter a Park. Gone are the days of purchasing a Disney Park ticket and strolling into the Park of your choice, now, reservations must be made on your My Disney Experience.

Although the Disney World website will prompt Guests to make their Disney Park Pass reservations when staying at Walt Disney World, it will not force you to do so, and it seems that some Guests are realizing what they must do too late, after the Park Passes they desire are gone.

Many Guests are also finally now able to go on their Disney vacation that they scheduled before the pandemic hit, which is seemingly causing some systematic issues. One Disney Guest stated that they no longer had a valid ticket for their Park Pass Reservation on the app:

I’ve had the tickets booked for literally three years – as part of a package with a hotel room at POFQ. Made park pass reservations, ADRs etc with no issue. Just woke up to 14 emails (it’s a 2 week trip) telling me I no longer have a valid ticket for entry on my park pass days. Went into MDE and under linked tickets I can only see my partners ticket (booked at the same time on the same booking), not mine.

I tried the in app chat, but it’s closed right now (I’m guessing due to the time difference).

Anyone have any idea what might be going on? I’m getting married on Friday so I’ve got a lot going on and don’t really have time to spend 4 hours on hold to speak to somebody.

In the end, the Guest was able to call Disney and after four hours, speak with a Cast Member who was able to sort the issue with a supervisor. It seems an explanation for the issue was never provided. This serves as a good reminder to always double-check before leaving for a Disney vacation, as glitches such as this may occur.

What do you think of this situation? Have you ever had something similar happen?