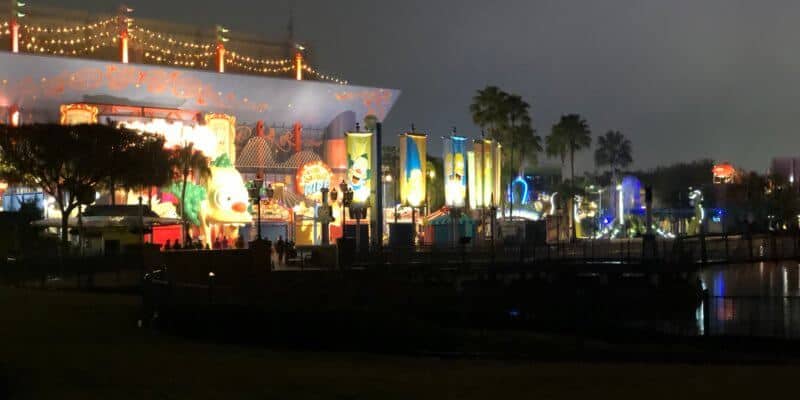 From insane attractions like the Jurassic World Velocicoaster to iconic classics like E.T. Adventure Ride and everything in between, there is something for everyone to enjoy while visiting Universal Studios Florida and Universal’s Islands of Adventure.

Just recently, Universal Orlando Resort issued a challenge many might call “epic” for Guests planning to visit the Universal Parks in the future.

Looking for a real thrill? Ride Kang and Kodos Twirl n Hurl 10 times in a row after lunch.

Looking for a real thrill? Ride Kang and Kodos Twirl n Hurl 10 times in a row after lunch.

Kang & Kodos Twirl n Hurl can be found in Universal Studios Florida in Springfield just next to The Simpsons Ride. The attraction may not be the most popular but is still an absolute must-do if you’re a lover of The Simpsons. If you add in the challenge of eating lunch first and then riding it 10 times in a row, it certainly could make for an interesting afternoon.

Launch into Orbit with Kang & Kodos.

Calling all Earth-Humans! Kang and Kodos, those hilarious drooling aliens from The Simpsons™ have landed at Universal Studios Florida with a ride that’ll send you into the stratosphere. Pilot your very own flying saucer, swooping up and down. Spinning through space, make sure to aim your lasers for a chance to zap your favorite Springfield citizens.

What do you think of this hilarious challenge by Universal Orlando Resort? Let us know in the comments.