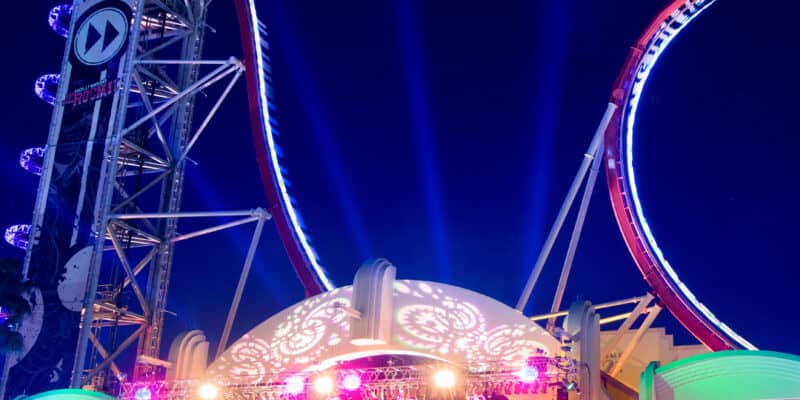 Universal Orlando Resort is in the midst of celebrating “Florida’s Biggest Party.”

Universal’s Mardi Gras celebration began in February and runs through April 24. The event allows Guests to try some epic food, enjoy the Spectacular Parade, and take in many experiences that are not offered at the Universal Parks year-round, including a sizeable Mardi Gras Tribute Store.

This past weekend was the final slate of concerts for the event and it featured Jimmie Allen on Saturday and then Jason Derulo on Sunday. Unfortunately, it seems the final concert of the year did not go off exactly how Universal Orlando would’ve hoped.

Reddit User U/HisNameIsRocco recently shared that they experienced a giant group of high school students heckling Jason Derulo and yelling “Ashley” to push through the front of the crowd all the while “bashing a little girl in the head.”

“Bashing a little girl in the head, Booing Jason D., and flashing hand signs antagonizing Jason D. with “small p***s” hand symbols around the time he took off his shirt,” the Guest said. “The group came in in a giant line yelling “Ashley” in order to push through the front of the crowd, then one of their students elbowed a little girl in the head on their push through. The mother of the little girl blocked the rest of the group from moving forward.”

The Guest said the behavior was bad throughout the concert and that the students were allegedly from Woodbury High School in Minnesota.

“Throughout the concert, they were just poorly behaved,” the Guest said. “Like I enjoyed the concert but being behind them, the majority of my videos and pictures are them doing dumb stuff. I asked one of them when they were leaving, the name of their high school and they responded when Jason was asking how different grade levels were feeling…He told me Woodbury High school in Minnesota. I don’t think Universal should agree to these students being allowed in their park for high school events if their students can’t act right.”

This kind of behavior is not tolerated at Universal Orlando. Pushing to the front or touching other Guests can be grounds for expulsion from the Park or worse depending on the level of severity.

What do you think of this incident during Universal’s Mardi Gras Celebration? Let us know in the comments.