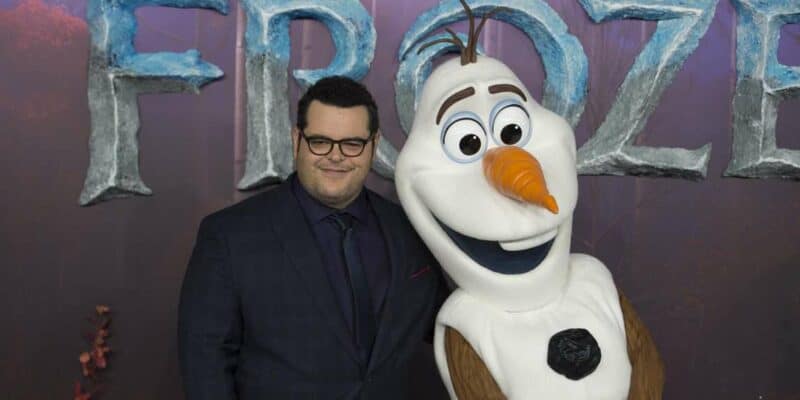 As war rages between Russia and Ukraine after President Vladimir Putin’s troops invaded the smaller nation on February 24, 2022, people around the globe have been closely following the news surrounding the ongoing conflict.

Ukrainian President Volodymyr Zelensky — himself a former comedian and actor — and the Ukrainian people are being hailed as heroes worldwide as they staunchly defend their country against the Russian invaders.

Numerous celebrities, unsurprisingly, have weighed in on the situation, expressing support for Ukrainian freedom. Now, Frozen star Josh Gad is the latest to share a poignant post. Gad took to Twitter to share a video of a young Ukrainian girl singing “Let It Go” in a shelter:

My heart is overwhelmed. These poor children. These poor people. I want to hug and protect this and every other child in danger right now and I feel helpless.

My heart is overwhelmed. These poor children. These poor people. I want to hug and protect this and every other child in danger right now and I feel helpless. https://t.co/fNGNh8Exnr

Elsa voice actress — and the original performer of “Let It Go” — also shared the video, writing:

We see you. We really, really see you.

You can get the latest updates from Ukraine’s official Twitter page.

The Walt Disney Company was the first movie studio to ban releases in Russia as troops continue their invasion. The company’s statement reads:

What do you think about this video?