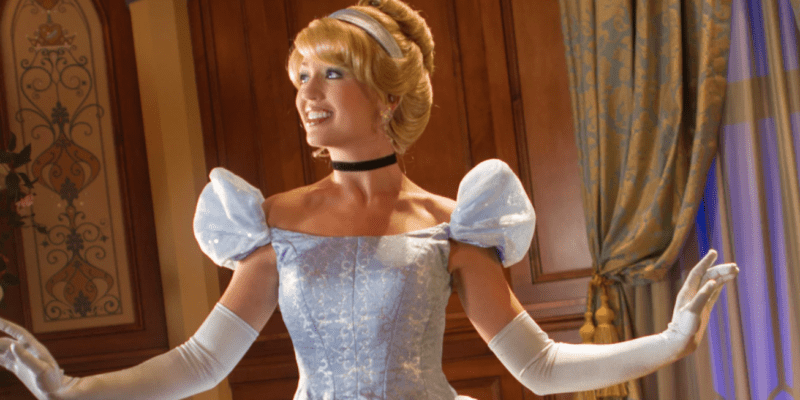 Walt Disney World Resort and Disneyland Resort has a vigorous hiring process as it looks to make selections to play roles throughout the Disney Parks.

Disney Princesses like Cinderella, Aurora, Elsa, Anna, Snow White, Ariel, Jasmine, and Tiana can all be seen at different sections of the Disney Parks and though meet and greets are still distanced, many Disney princesses and other characters, like Mickey Mouse and his friends as well as characters from beloved Pixar movies, are becoming more and more accessible for Disney Guests as they phase back into operations similar to pre-pandemic times.

In a recent interview with Insider, a former Disney Park performer unveiled some insider information about the casting process, including the standard for what the company is looking for when hiring performers.

Melanie, who auditioned 13 times before landing a role as Cinderella’s stepsisters at Disneyland Resort, said Disney is looking for a “forgettable pretty face.”

She said the first round of cuts for the auditions only involved casting directors lining up those who are auditioning and looking at their faces.

“You can’t prove anything, it’s just what some strangers think your face looks like,” she said. “You can’t earn it really, which is hard. It’s hard to accept.”

Disney has certain specifications that it requires for each character. Height ranges and much more are considered when casting for a role in the Disney Parks.

“It wasn’t just about how badly I wanted it or how many times I was willing to show up. All of that could have been true and I still could have never gotten the job,” Melanie told Insider.”I mostly got this job because I was lucky.”

Ride iconic attractions like Haunted Mansion, Jungle Cruise, Space Mountain, Splash Mountain, and Pirates of the Caribbean, enjoy a beloved snack such as a Turkey Leg, Churro, or Dole Whip, or take in some Disney magic with amazing parades, nighttime spectaculars, and magical character meet and greets!

What do you think of Disney’s hiring process for performers? Let us know in the comments.