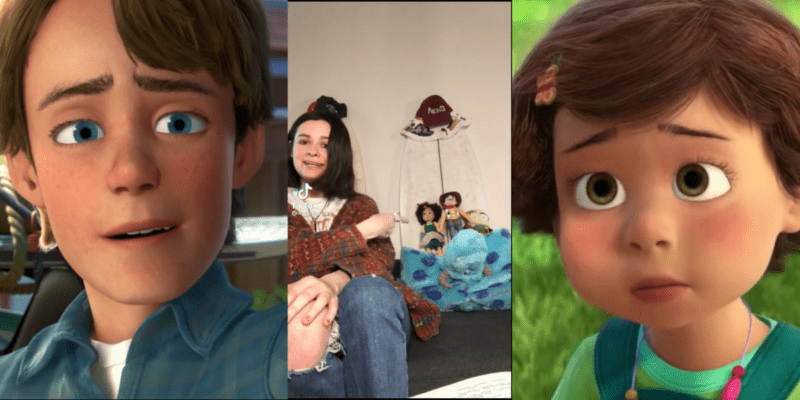 The Toy Story franchise has lived in the hearts of its viewers for well over 20 years; with fans of all ages, it’s not hard to see why it’s one of Disney’s biggest franchises.

Fans are also eager to see what’s to come with the new movie Lightyear, set to release this summer. You can read more about Lightyear here.

Though each movie in the Toy Story franchise has its own charm, Toy Story 3 (2010) had a tremendous impact amongst fans, as many found themselves in the same situation as Andy, preparing to go to college after growing up in the company of Woody, Buzz Jessie and the rest of the gang.

The ending of this movie was particularly emotional for viewers and long-time fans of the franchise. However, actress Emily Ricks Hahn, the voice of Bonnie in Toy Story 3 (2010), recently shared a video where she states she was just as shocked as everyone, even though she was a part of the film’s final scene.

Emily (@imemilyricks) posted a video on TikTok talking about her experience working on the Toy Story and how the movie’s final scene blew her mind when she finally watched it.  She states that she was never given a script, that her lines would just be told to her by the director, and that out of context, she didn’t really know what was going on, as Bonnie, her character, only has three lines in this scene.

We’re you as shocked as I was? #toystory3 #fyp #WomenOwnedBusiness #OscarsAtHome #SeeHerGreatness #toystory #actor

We’re you as shocked as I was? 😰 #toystory3 #fyp #WomenOwnedBusiness #OscarsAtHome #SeeHerGreatness #toystory #actor

In other videos, Emily also talks about her experience voicing Bonnie for over six years, sharing details on her character’s lisp and how she felt after the recast in Toy Story 4 (2019). In an emotional video, she even apologizes to her viewers “for ruining your childhood when I was 8 years old”, as she reenacts her lines for Toy Story 3 (2010), holding back tears herself.

You can check out that video down below!

Is the ending of Toy Story 3 the most emotional scene in the franchise for you too? Let us know in the comments below!

Comments Off on Disney Actress Speaks Out On Shocking Movie Ending