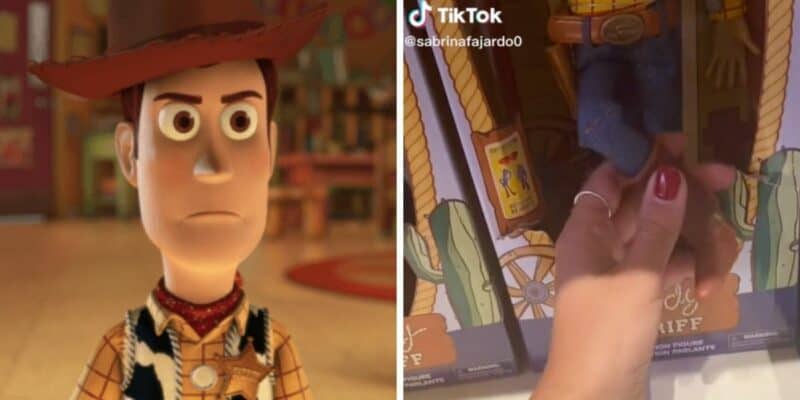 If you are a fan of Toy Story, you know that Andy loves writing his name on the bottom of his toys as a way to prove that they are, well in fact, his.

Well, (spoiler alert) at the end of Toy Story 3, Andy is getting ready to head off to college and he gives his toys to Bonnie because he knows she will love and take care of them while he is away. Because of this, since Andy is no longer Woody’s owner, Disney made a change to the latest version of their Woody doll for sale in the theme parks — and fans are not happy.

Sabrina (@sabrinafajardo0) took to TikTok to share a video of the latest Woody doll to be released in Disneyland, writing:

You know you’re old when the Toy Story toys at Disneyland say “Bonnie” and not “Andy”.

Related: Woody From ‘Toy Story’ Has a New Look at the Parks!

Other Toy Story fans did not hesitate to share their feelings on this change as the TikTok video has gathered over 4,000 comments and nearly 400k views.

that is a crime, i am not okay

And another user who goes by Sup said:

IT SHOULD SAY ANDY. Bonnie didn’t care about Woody.

It makes sense as to why Disney made this change on the Woody doll as, again, Bonnie is technically Woody’s owner now and not Andy, but for everyone who grew up watching Toy Story, it is clear they aren’t okay with this change.

Are you upset to see Bonnie’s name on Woody’s boot? Let us know in the comments below.