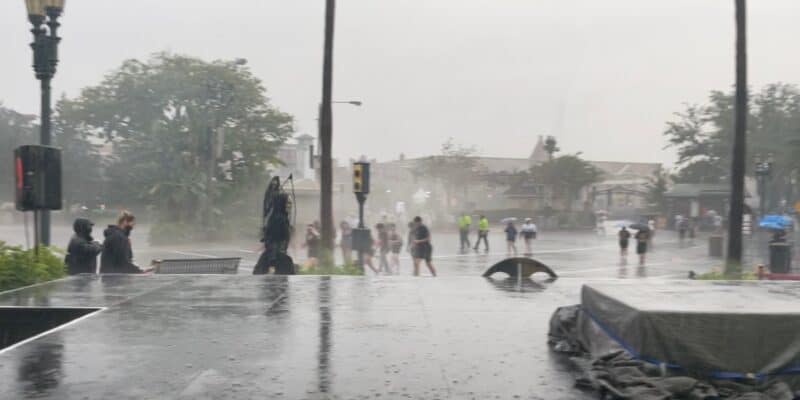 If you have ever vacationed at Walt Disney World Resort, you can likely attest to the fact that Disney World weather can change very quickly.

From a sunny warm morning and early afternoon, rain can quickly run through the area making for a very wet experience for Disney Guests who don’t come prepared. In many cases, these rains can even lead to flooding in the Disney Parks.

When it rains, one of the most popular purchases at Walt Disney World Resort quickly becomes the clear Disney poncho. Everyone wants to continue to trek through and enjoy their vacation, knowing that the rain likely will stop within an hour or so, and that leads to ponchos being bought.

However, one Disney Guest seems to have found a hack to avoid paying the $20.00 price for the poncho. TikTok user @flnursemom4 shared a video where they created a makeshift poncho on a rainy day at Disney World during spring break.

As you can see in the video, instead of purchasing the poncho, she used a bag from one of the Disney Park stores. After cutting a hole through the bottom, her child was able to wear it just like a poncho. Sometimes creativity goes a long way!

Will you be traveling to Walt Disney World Resort in April? Let us know in the comments below!