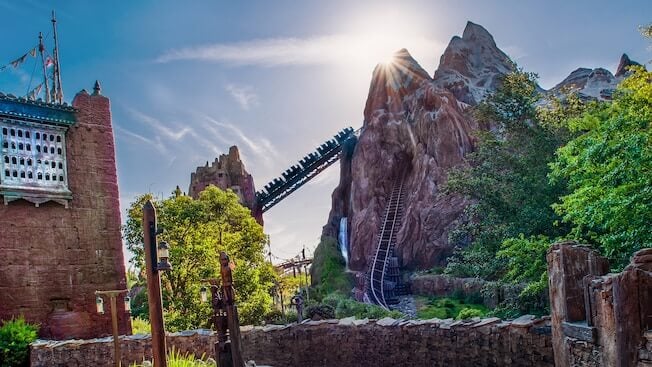 If you were planning on hopping on Expedition Everest in mid-April as many other Guests may have expected, we may have some bad news for you. On January 4, 2022, the fan-favorite coaster closed for refurbishment, which has been said to last until mid-April, which is what is currently still noted as on the Disney World website, but it seems that on My Disney Experience, it says otherwise.

Although we do not have a reopening date for the coaster, we can see that it is being listed as closed through to the end of April, which means that at the moment, the earliest reopening date, according to the My Disney Experience app, would currently be in May. Of course, this timeline can shift at any moment, getting longer or shorter depending on the speed at which the work is being done, and what mechanical issues are being fixed.

The site, however, still notes “From January 4 through mid-April 2022, Expedition Everest – Legend of the Forbidden Mountain will be closed for refurbishment.”

Many Guests were hoping that since the attraction would be down for such a lengthy period that this meant Disney would fix the illustrious Yeti, which so many wish to see swinging at them once again while they speed through the forbidden mountain. But, Disney has noted that the Yeti is not the reason for the refurbishment, so it seems that “disco Yeti” will be sticking around for quite some time.

Luckily, not too much else is closed at Disney’s Animal Kingdom, so Guests still have a ton to explore. One attraction that has been recently demolished, however, is Primeval Whirl, which was located in DinoLand U.S.A. It has not yet been said what will be coming in it’s place.

What would you like to see adjusted on Expedition Everest Legend of the Forbidden Mountain?