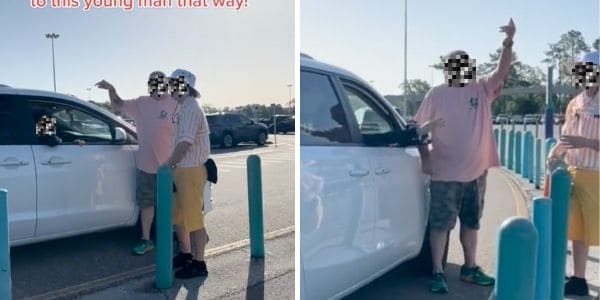 Recently, we saw a tense scene take place at the Walt Disney World Resort between one angry Guest and a Cast Member,

While it may be “The Most Magical Place on Earth”, this doesn’t mean that Guests are free from any problems arising. From ride shutdowns to massive wait times, sometimes things just won’t go your way when you’re at the Disney Parks and Resorts. In a more serious matter, sometimes fights can even break out between Guests and even Cast Members and as shown in a recent TikTok, a heated interaction took place.

As shown in the video from @realllfewithtony_jen, an altercation took place when Guests were at the parking lot for one of the Disney Parks. See the video below:

As you can see and hear in the video, the Guest was angry and shouted obscenities at the Cast Member while they were in one of the Park parking lots. We are unsure what caused the interaction or why the Guest was so angry. If you listen closely, you can even hear the Cast Member say it was their second day on the job. It seems that the Cast Member remained polite during this altercation, and did not act out in an inappropriate manner, much like this Guest did.

We are also unsure of what happened after the altercation, but we can only hope the situation was deescalated and handled in a proper manner.

Have you seen something like this at the Disney Parks?