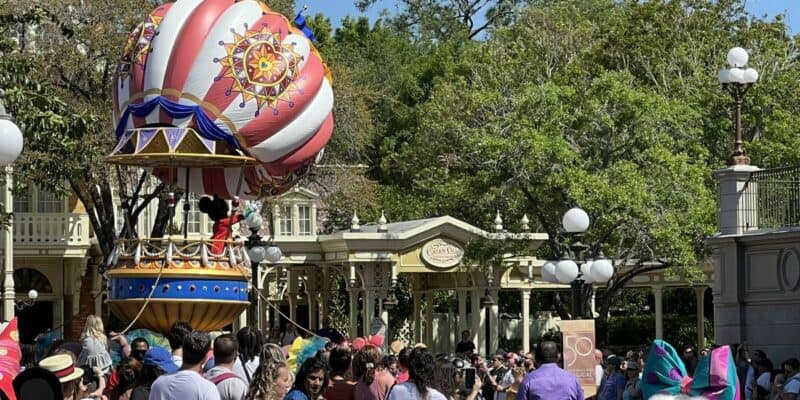 The last few years have looked quite different at the Walt Disney World Resort, especially when it comes to live entertainment. Several shows were cut during the ongoing COVID-19 pandemic including Voyage of The Little Mermaid at Disney’s Hollywood Studios as well as Festival of The Lion King and Finding Nemo – The Musical at Disney’s Animal Kingdom. However, one beloved Disney show returned recently and fans couldn’t be more excited.

The return of Festival of Fantasy has been long-awaited by many, as Walt Disney World has been one of the last to bring back parades. Disneyland Paris was the most recent to re-debut their Disney Stars on Parade parade, however, they were running their h0liday parade during the day as well for months. The show features Mickey Mouse and Minnie Mouse, of course, as well as Anna and Elsa from Frozen, Rapunzel and the gang from Tangled, Ariel from The Little Mermaid, Wendy, and Peter from Peter Pan, Maleficent from Sleeping Beauty, Brave, and more!

The show has been running for a few weeks but today’s performance ended slightly differently than what was expected. As shown in a tweet from Nick (@MagicalNewsLIVE), one of the balloons on the floats deflated, leaving the finale of the show in an interesting state.

The balloon float deflated at the end of Festival of Fantasy this afternoon.  #DisneyWorld

The balloon float deflated at the end of Festival of Fantasy this afternoon. 🎈🎉 #DisneyWorld pic.twitter.com/I91cm7WzPA

As you can see, the float stopped for several seconds while the balloon started to deflate. Luckily the problem was eventually solved and the show went on.

We also noticed there were a lot of differences between this new version of Festival and Fantasy and the one that used to stroll the streets of Magic Kingdom pre-covid. From missing floats to a smaller number of performers, there were quite a few changes made to the beloved show which you can read about here.

Have you seen the new Festival of Fantasy Parade at Disney World yet?