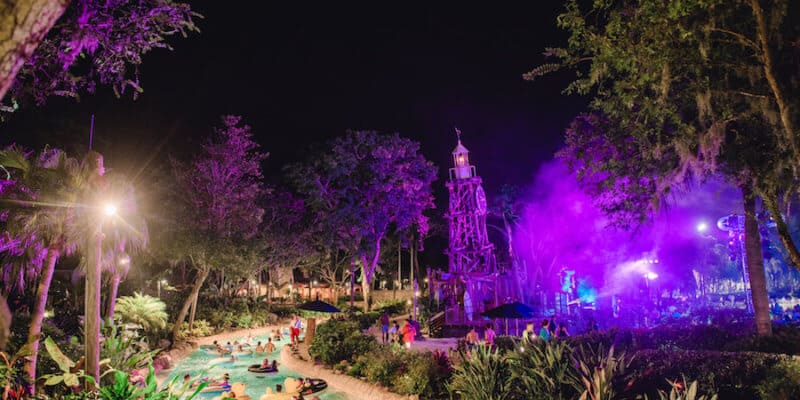 If you love Disney Parks at night, you’re going to love this major update.

Walt Disney World Resort is known for its iconic attractions at the Disney Parks, including rides like Haunted Mansion, Pirates of the Caribbean, Jungle Cruise, Space Mountain, and Splash Mountain at Magic Kingdom; Mission: SPACE, Frozen Ever After, Test Track, Remy’s Ratatouille Adventure, and Soarin’ Around The World at EPCOT; Mickey & Minnie’s Runaway Railway, Star Wars: Rise of the Resistance, Star Tours: The Adventures Continue, and Twilight Zone Tower of Terror at Disney’s Hollywood Studios; and Kilimanjaro Safaris, The Celebration of the Festival of the Lion King, Expedition Everest, and Kali River Rapids at Disney’s Animal Kingdom.

Now, if you love the Disney theme parks and love the after-hours events, you might need to check out Typhoon Lagoon soon.

Disney confirmed on the debut episode of its planDisney podcast that H20 Glow Nights would be returning to Typhoon Lagoon. While no date was confirmed, it’s likely expected that the popular after-hours event will begin at some point this summer.

For those that don’t know, H20 Glow Nights is a separately-ticketed after-hours event with many special activities for Guests to enjoy while splashing around with the family enjoying shorter wait times on the attraction at the Disney Park.

Know Before You Glow

Those Guests who stay at select Resorts can visit EPCOT typically on Mondays and Magic Kingdom typically on Wednesdays for two hours after the Disney Parks close, giving them access to shorter line queues and more time to enjoy the Parks!

Are you excited about the return of Disney Glow Nights at Typhoon Lagoon? Let us know in the comments!