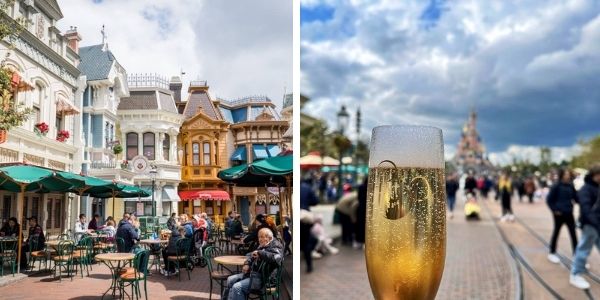 Guests looking to get a little bubbly in front of the castle are in luck!

Related: Internet Refers to Disney as a “Cult” After Huge Crowds Gather at Park Entrance

While there are so many great snacks and beverages to pick and choose from at the Disney Parks and Resorts, Disney is also known for some great alcoholic drinks. This is especially represented at places like Oga’s Cantina in Star Wars: Galaxy’s Edge at Disneyland and Walt Disney World. For international Guests, there is also a lot to choose from however one choice was removed a while back.

Champagne used to be offered on Main Street in Disneyland Paris but was removed. Now, the bubbly drink is back for Guests to purchase, including a souvenir glass as shown in a tweet from DLP Report (@DLPReport):

Champagne is back on Main Street! €15 per glass of Lanson cuvée Disneyland Paris, including a souvenir #DisneylandParis30

🥂 Champagne is back on Main Street! €15 per glass of Lanson cuvée Disneyland Paris, including a souvenir #DisneylandParis30 reusable plastic Champagne glass: pic.twitter.com/WbMBcrvUsV

For €15 (approximately $16.60 USD), Guests can once again enjoy this boozy drink in a Mickey-themed glass. This comes just in time as the Park is currently celebrating its 30th anniversary. During this special time, Guests can enjoy all kinds of fun adventures and experiences as the Disneyland Paris Resort celebrates. Disneyland Paris’ official description of the event is:

Are you ready for a once-in-a-lifetime celebration 30 magical years in the making? From 6 March 2022, dream bigger, laugh louder and smile wider than ever before as you revel in a spectacular, one-of-a-kind 30th Anniversary wonderland bursting to life with jaw-dropping shows, experiences and festivities.

Are you excited that champagne is back at Disneyland Paris?

Comments Off on Disney Brings Back Booze On Main Street