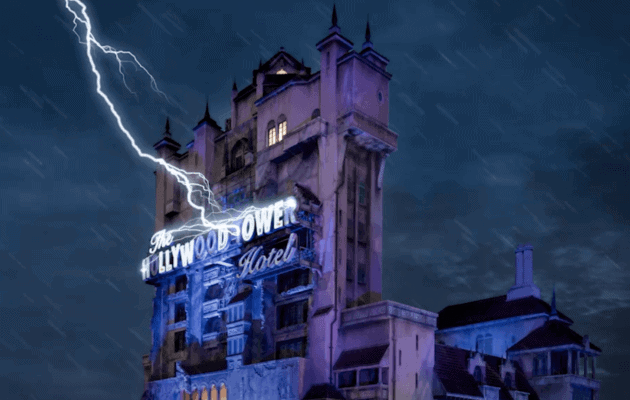 If you are heading to Walt Disney World Resort soon, you may be waiting a little longer than normal for a beloved attraction.

We previously reported that Twilight Zone Tower of Terror, the iconic attraction at Disney’s Hollywood Studios located at the end of Sunset Boulevard, is undergoing construction and a permit was just filed to install shroud at the attraction.

As you can see from the My Disney Experience app, Tower of Terror has experienced triple-digit wait times for the last few weeks.

The screenshot below shows the wait time for Twilight Zone Tower of Terror earlier this week.

Here is a screenshot from last week for the attraction, which was experiencing a 130-minute wait.

Finally, here is a screenshot from this morning just an hour after Disney’s Hollywood Studios had opened, already posting a _ minute wait.

While Twilight Zone Tower of Terror has always been busy in terms of traffic, it seems the attraction is experiencing wait times even longer than normal and this is because, as of right now, only one side of the elevators is being used.

To skip portions of wait times, Disney World suggests purchasing Disney Genie+. Genie+ can be purchased for $15 per ticket per day at Walt Disney World Resort and allows Guests to select reservation times to skip the regular standby line queue and go through the Lightning Lane.

Have you experienced spiking wait times on Twilight Zone Tower of Terror at the Disney Park? Let us know in the comments!