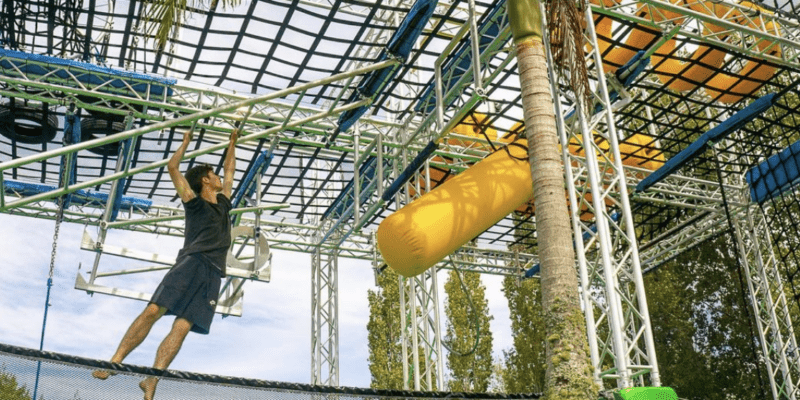 Imagine having the power to shut down an entire newly built theme park? Well, that is exactly what 85-year-old William Freeth did with “New Zealand’s best theme park.”

The theme park was described as “brilliant, addictive and occasionally scary experience. In a world awash with copycat playgrounds pared back to be as safe as possible, maybe that sense of danger is what makes Action Ninja World so good.” Many Guests raved so much about the Park, that they were also begging for season passes. But, after a successful season, the park was shut down, indefinitely.

Their site read that the closure was due to “unforeseen circumstances.” It reads: “We are working hard behind the scenes with the Auckland Council to make this experience available as soon as we can.” It seems that 85-year-old William Freeth took the theme park to court, arguing that “the park was bigger and noisier than the one he’d been told about.”

Freeth claims he was given a site plan “without showing the extent of the 3,850 square metre area and its proximity to the boundary”.

Freeth thought Coghlan was setting up a park in the style of “a children’s playground at a primary school” with equipment connected by pathways. Based on that plan, he signed an approval of affected persons form, which was included in the park’s resource consent application. The council granted consent without public notification.

Once the park was open, Freeth objected. He claims he was “quite simply astounded” at the size and scale of it. His High Court complaint says he didn’t know entry fees would be charged, that the structures would be so big, and that so much noise would be generated from the park.

Action Ninja World’s defense has argued that long discussions were had with Freeth about the noise and the children having fun, but it seems there must have been some sort of a miscommunication with the way things have turned out. Freeth does not actually live next to the theme park, but his son with a traumatic brain injury does, and it seems that the noise has had a negative impact on him. Auckland Council has been ordered to restart the consent process, as the court ruled that they failed to disclose full information to the neighboring residents.

Have you heard of Action Ninja World? Would you ever want to live next to a theme park?