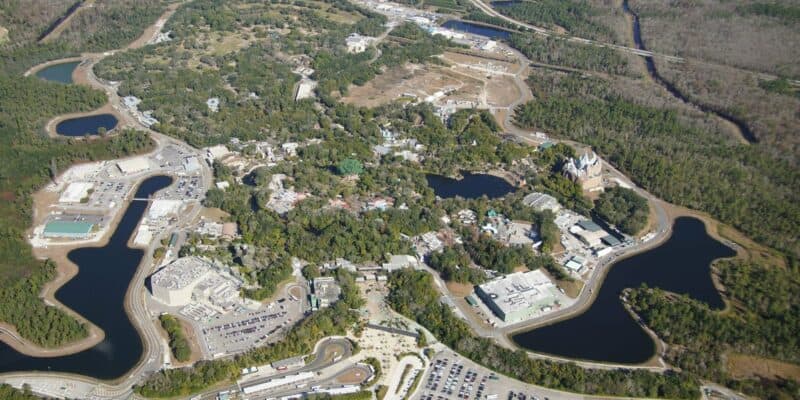 When Guests go to Disney World, they tend to forget how big the property actually is.

The Walt Disney World Resort is home to Magic Kingdom, EPCOT, Disney’s Animal Kingdom, and Disney’s Hollywood Studios. On top of that, it houses Blizzard Beach, Typhoon Lagoon, Disney Springs, ESPN, golf courses, mini-golf, 25+ Resorts, and more totally in 27,180 acres. That is nearly the size of San Francisco, which is slightly larger at 30,000 acres.

That being said, one of the Parks at Disney is much larger than the rest, but Guests may not always recognize that. Animal Kingdom is a whopping 540 acres deep, which is over five times bigger than the iconic Magic Kingdom Park, which sits at 107 acres. Animal Kingdom not only houses multiple theaters and attractions, but the Kilimanjaro Safari and reserve lands for the animals is so expansive at 110 acres alone that it dominates a majority of the theme park. Animal Kingdom is the largest Disney Park in the world, and can almost fit two EPCOT’s within it.

Although Guests can ride the safari, many often do not know how much bigger Animal Kingdom actually is in comparison to all of the other Disney Parks. To have a better understanding of its expansive size, we have to look at the Park from a bird’s eye view. Bioreconstruct (@bioreconstruct) posted a photo of the theme park recently, which shows how large the land is.

If you want to visit Disney’s Animal Kingdom, there is a ton to see and do! You can head over to Expedition Everest in Asia (when it is not under refurbishment) to visit the terrifying Yeti. Pandora will bring your Avatar dreams to life with Flight of Passage bringing Guests into the world of the Na’vi. DINOSAUR is still filled with giant dinos at every turn, and over at Kilimanjaro Safaris, you can take a ride on a real safari, and if you are lucky, a giraffe might even step in your way! A Celebration of Festival of the Lion King is now running, and the show is not one you should miss. You can also enjoy Disney KiteTails, an all-new show!

What do you think about the size of Animal Kingdom? Did you know it is this large?