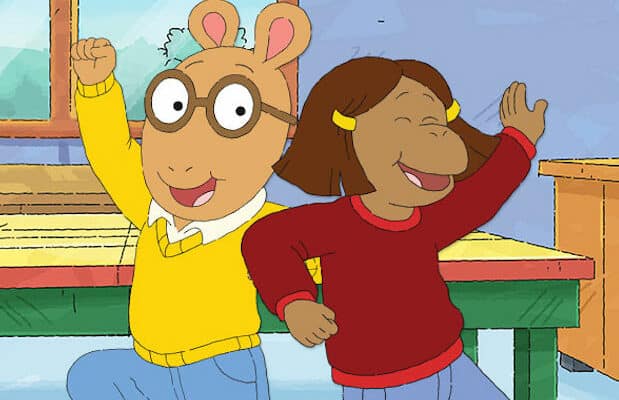 It has been circulating around social media that the fan-favorite PBS show, Arthur, was coming to an end, and we are sad to report that it is, in fact, true.

The 25th anniversary of the kids show was marked by a marathon of all 250+ episodes and movie specials that have aired over the years, which led up to four brand-new episodes, which aired yesterday, February 21. These four episodes tied up all loose ends of the entire series as it revealed the characters all grown up and the future that awaits them.

Arthur first aired in October 1996 and ran for a total o 25 seasons. The show was a fan-favorite and touched generations and generations as the title character, Arthur Read the aardvark, demonstrated how to deal with childhood traumas and challenges such as homework, teachers and bullies.

Arthur also had a younger sister, Francine, who loved to play with Arthur and his friends, including tomboy Francine, foodie and best pal Buster, rich girl Muffy and geography expert Sue Ellen, and so Arthur taught viewers how to be kind to others and how to take on the challenge of a younger sister.

Fans have flooded social media to pay tribute to Arthur as many can’t believe it’s officially coming to an end.

Amazon Prime Video even Tweeted out in honor of Arthur‘s 25 year run, writing:

Arthur is ending after 25 seasons, and all we have to say is thanks for the meme-ories.

Arthur is ending after 25 seasons, and all we have to say is thanks for the meme-ories. pic.twitter.com/weNTVSeQFf

The good news is that the show and its 250+ episodes will still be available on PBS Kids.

Additionally, Arthur will be creating new content for other platforms. PBS Kids announced in a statement:

“GBH Kids will partner with Gen-Z Media for a new podcast, which will leverage Arthur’s incomparable library of stories, favorite characters, and heartfelt moments that have strongly resonated with audiences to create engaging audio content that reaches existing fans, as well as help introduce a new generation to the series and some of its classic storylines.”

Were you a fan of Arthur? Are you sad to see the show coming to an end after 25 seasons? Let us know in the comments below.