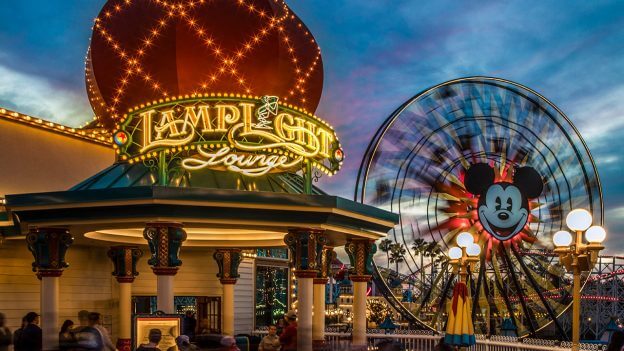 Imagine this: You are headed to Disney California Adventure for the first time on your Disneyland vacation after traveling in from out of the country. You are looking forward to using that coveted Lamplight Lounge reservation you had been refreshing your Disneyland App for days trying to get. You get into Pixar Pier, lights shining above you, when you get sat at the perfect water view table. Everything is going perfect! You look at the amazing drink menu and pick out the lobster nachos as your table’s snack. When your server asks for your ID, you pull out your license, but you are rejected!

As a Canadian living in the States, this is a situation I ran into while in California, and it left me feeling pretty sad that I did not know otherwise! So, if you are a foreign traveler coming to Disneyland, or you know someone who is, keep reading as this will help to curb any potential disappointment that may be caused if you are planning on drinking during your visit.

Related: Disney Fans Claim Lack of Maintenance on Attractions Has Gone Too Far

As an Orlando local, I have come to realize that some Disney World locations want more than my Ontario driver’s license. Because of that, I always have a photo of my passport on my phone, ready to show them. Guests are not expected to bring their real passport to the theme parks in Florida, so having a photo on your phone is acceptable, and has never caused me an issue! A lot of the time, I am not even asked to show it, but some locations like La Cava Del Tequila in the Mexico pavilion in EPCOT are always asking to see it, so now, I know I can be ready. Before we move onto Disneyland, foreign travelers coming to Walt Disney World should be sure to keep that photo on them as well!

In Disneyland however, things are different. Due to state law, foreign IDs are basically useless when it comes to proving your age. For the majority of my trip, it seems to not be an issue when I showed my ID so I was hit totally out of left field when my Lamplight Lounge server told me that I had to carry my physical passport with me wherever I went! I was asked to provide it the night prior at Disney’s Grand Californian Resort, but the server accepted the photo of my passport in its place, so I thought the rules were similar to what I experienced in Disney World.

After looking into it, you can see here that foreign licenses are not bona fide proof of identification in California. Below is a list of what does not count as ID:

My server told me a Nexus card or passport would be a valid ID, but of course, I did not have a passport on my person at the theme park! Funny enough, we ended up leaving the bar as I was unable to drink, and getting drinks at a different location which easily served me. The lack of consistency on the drink identification process at the Park may misguide Guests, as it did me for multiple days of my vacation, so please be sure to always have your passport with you, but keep it stored away safely if you plan on ordering drinks at Disneyland Resort.

Did you know that foreign IDs were not permitted as identification in California? Has this ever happened to you at Disneyland?