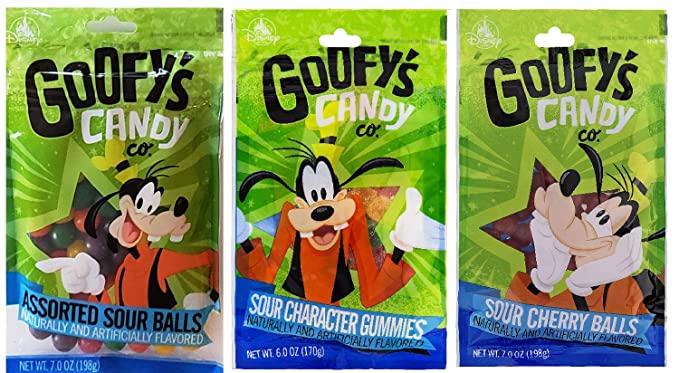 Not long ago we reported on Walt Disney World reportedly discontinuing the iconic and fan-favorite citrus swirl from the Parks as it’s been missing from the menu and Mobile Order for quite some time.

Now, Guests and fans are noticing another fan-favorite treat isn’t currently available at the Parks, which is worrying some as they fear this, too, is discontinued.

Walt Disney World is filled with iconic snacks. From a Mickey pretzel to the iconic DOLE Whip, the theme parks offer a wide variety of food items from salty to sweet.

One of the things Guests love to purchase is Goofy’s Candy Company snacks as they can not only enjoy them while at the Parks, but they are a great snack or treat to bring home with you after your vacation has come to an end. Goofy’s Candy Company has an entire line of treats including character gummies, sour character gummies, cotton candy, Mike and Ikes, and the fan-favorite assorted sour balls.

Unfortunately, these last few months Guests have not been able to find the assorted sour balls at any Walt Disney World shop, which is worrying a lot of fans.

A Florida local replied to the user, explaining that the only places they have seen them within the past few months are at the hotel gift shops while another fan said they were able to purchase them back in December, but have not been able to find them since.

Another Disney World Guest visited the Parks more recently, on February 22, and explained that the only Goofy’s Candy Company products they found were the cherry sour balls and the assorted sour gummies.

An Inside the Magic team member also confirmed of purchasing these two months ago, but has not actively looked to see if they’ve been available since.

At this time, we are unsure if the assorted sour balls from Goofy’s Candy Company are being discontinued, or if this is related to supply chain issues due to the ongoing pandemic, but Inside the Magic will update you as we get information.

We do want to note that one Disneyland fan was able to find the assorted sour balls on the West Coast; so hopefully this is just a supply chain issue that Walt Disney World is experiencing.

Have you spotted Goofy’s Candy Company Sour Balls at Walt Disney World recently? If so, where did you find them? Let us know in the comments below.

Comments Off on Did Disney World Discontinue ANOTHER Fan-Favorite Treat?