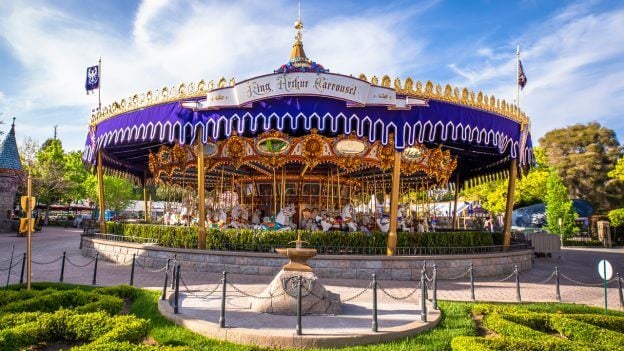 When Guests go to Disney, they often expect it to be a fun and magical vacation — and it typically is! But, one thing Disney World or Disneyland vacations can be notorious for is planning, which leaves many families wanting their day at the Parks to be perfect.

With so many new options for planning, like Disney Genie+ and Lightning Lane, as well as advanced dining reservations, many Guests are often on a schedule and after paying thousands to visit the Parks, can get upset when things do not go their way. Recently, it seems one family went to Disneyland for a vacation and planned to ride King Arthur Carrousel altogether. However, things took a turn when the mother of the family could not find a seat as two other Guests sat down in the horse she planned on claiming after she strapped her son into his horse. The family confronted the Guest, and now are continuing to call them rude online for taking her seat.

Below, you can read her full story, but in the end, it seems that the Guests who sat down in her place may not be totally in the wrong.

Hi everyone. This is going to be a little rant.

My toddler, husband and I went to Disneyland about 2-3 days ago. We went on that carousel ride and I was strapping my toddler in the horse while my husband took another horse. My son is very good at balance and he’s been able to hold in tight, so for the past two times we’ve been there, we were riding our separate horses. I was going to go into my horse, but then suddenly a girl (assuming a teenager) and her friend/sibling took the remaining two horses. My husband got their attention that I was going to get into one of those horses, and you can tell this girl was visibly upset. She looked around, and looked me dead in the eye and said “well, I want to sit right here” and plopped her ass down on the horse. Looking all smug. The amount of disrespect is crazy nowadays.

Anyone else have any ride encounters?

Although the behavior exhibited by the Guest who allegedly “stole” the seat of the mother was incredibly rude and inappropriate, especially with the vulgar language, there are no seats assigned on King Arthur Carrousel at Disneyland Park. This means that anyone can sit anywhere, as it is first-come-first-serve. It seems likely that before the Guest was confronted, they may have thought the mother was standing next to her son’s horse, as many parents tend to do that with young ones on King Arthur Carrousel. But, it would have likely been just as easy for the Guests to find other horses so that the family could all ride together.

The post has generated a couple of comments which also note that the ride is indeed first-come-first-serve when it comes to horse selection, and without actually sitting on a horse, or perhaps placing a bag or jacket on one before you sit down, it is nearly impossible to claim one as your own.

With the pandemic slowly coming to a close, and rules and regulations such as required mask wear ending, we are starting to see a lot more travel pick up, and many who have canceled their Disney vacation are all finally making those trips a reality. Because the pent-up pressure to have fun has been growing for so long, it likely seems that these moments of wanting perfection may overwhelm Guests, allowing them to be highly affected by small situations that should not totally ruin their day. If you are planning any Disney vacation soon, just be aware that the Parks are busy, and full of other tourists. Things may not always go exactly as planned, so making room in your schedule for change will help curb any disappointment.

All of that being said, Guests are starting to claim that others are becoming more “rude” at the Parks. Read more on that here.

Who do you think was “in the wrong” in this situation? Let us know in the comments below.