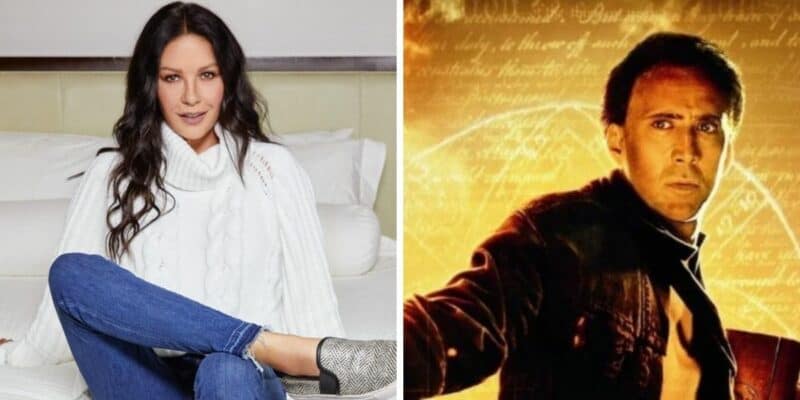 The storyline follows Benjamin as he goes on the hunt for a national treasure that his grandfather told him about, however, things take a turn when the team steals the Declaration of Independence. Disney Movies describes the first film as:

Ever since he was a boy, Gates has been obsessed with finding the legendary Knights Templar Treasure, the greatest fortune known to man. As Gates tries to find and decipher ancient riddles that will lead him to it, he’s dogged by a ruthless enemy who wants the riches for himself. Now in a race against time, Gates must steal one of America’s most sacred and guarded documents – the Declaration of Independence – or let it, and a key clue to the mystery, fall into dangerous hands.

Now, fans will be getting more National Treasure as Disney announced a new series is in the works for Disney+. Though, Cage will not be returning to reprise his role as Ben Gates, we know that Lisette Alexis, who recently starred in the thriller movie We Need to Do Something (2021) will take on the new lead role in the Disney+ National Treasure series.

And now, thanks to new reports, we can confirm the Oscar winning actress, Catherine Zeta-Jones, will star alongside Alexis as a series regular.

According to reports, Zeta-Jones will play Billie in the new series, who is described as:

“a badass billionaire, black-market antiquities expert, and treasure hunter who lives by her own code. She transformed herself from a penniless orphan to a shrewd, stylish businesswoman and adventurer. Billie’s used to getting what she wants—and she wants the Pan-American treasure. But not just for the money. This treasure has deeper stakes for her.”

Zeta-Jones is a well-known versatile actress and has won multiple awards for her work in both the film and theater industry. She won an Academy Award as well as a a Golden Globe nomination, the Critics’ Choice Award, a Screen Actors Guild Award, and the BAFTA Award for Best Supporting Actress for her role as Velma Kelly in the film adaptation of Chicago.

She also went on to win the Tony Award for Lead Actress in a Musical for her role as Desirée Armfeldt in Stephen Sondheim’s A Little Night Music on Broadway.

Are you excited for Catherine Zeta-Jones to be joining the National Treasure cast? Let us know in the comments below.