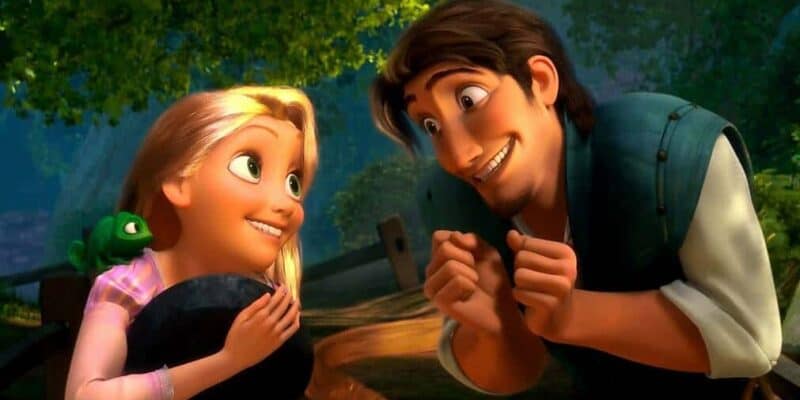 As the Disney Animated Classic catalog speeds into the sixties with the release of the hit movie Encanto (2021), it is sometimes easy to forget all the movies that have come before — not Frozen, though, never Frozen.

One movie that is almost as popular as Frozen (2013), and one that has long been deemed the rival of the snowy musical, is Tangled (2010). But, one leading fan-favorite character may have been played by someone completely different if Disney had had their way.

Tangled debuted in 2010 and sees the lost princess of Corona find her place in the world with the help of the charismatic thief, Flynn Rider. Mandy Moore brought Rapunzel to the big screen while Zachary Levi portrayed the fan-favorite, glossy-haired Flynn Rider AKA Eugene Fitzherbert. Opening on Mother Gothel (Donna Murphy) stealing the young princess from her crib in order to utilize Rapunzel’s magical healing abilities — bestowed on her at birth due to her mother’s illness — to stay youthful forever, the Disney movie musical delivers a classic adventure.

Years later, and desperately scared of what lay outside her tower, Rapunzel’s life changes forever when Flynn Rider happens upon her abode on the run from the royal guards on his tail. And from there, the two venture to the Snuggly Duckling pub, to the lake surrounding the Kingdom, and out of the hands of the villainous Mother Gothel after Rapunzel’s hair, in order for Rapunzel to truly find her home.

Tangled was well-received, with Rapunzel confidently joining characters like the Little Mermaid and Sleeping Beauty in the Disney Princess ranks, and spawned popular tracks like “When Will My Life Begin?”, “Mother Knows Best”, “I’ve Got a Dream”, and the romantic duet, “I See the Light”. The movie had Disney magic in spades, with the latter song being nominated for an Academy Award for Alan Menken.

While it’s hard to imagine anyone else but Moore and Levi in the leading roles, especially due to the characters’ longevity in the Disney pop culture canon, Levi was almost unable to even audition for the role and, seemingly, a small lie helped him land the now-iconic Disney character.

Speaking on The Late, Late Show With James Corden, Levi — who is known for playing Chuck Bartowski in Chuck, and more recently as Shazam in the DC Extended Universe movie of the same name — revealed the challenge of even landing an audition with the House of Mouse. Per CinemaBlend:

“I was in Tangled for Disney which was such an incredible film and experience. They thought Flynn Rider – the role I ultimately played – they wanted him to have an English accent and they wouldn’t even see American actors. Fortunately, my voiceover agent knew that I did a decent English accent and she fought for me and I got in. I might’ve been one of the only Americans to get in there and then they gave me the job.”

Rather hilariously, after Corden chastised the actor for pretending to be an Englishman, Levi went on to reveal that The Walt Disney Company ultimately decided for Flynn Rider to have an American accent, leading to the studio asking Levi — an American, let’s not forget — if he could do an American accent. Knowing the Flynn Rider audiences know now, it is probably difficult to imagine anyone else taking on the role of the great Eugene Fitzherbert. You can watch the interview here:

This is not the first time a movie studio has put light bans on casting choices. When Warner Bros. began its process for casting Chris Columbus’ Harry Potter and the Philosopher’s Stone (2001), JK Rowling insisted that no non-British actors were to play the roles leaving iconic, popular performers such as Robin Williams, out of the running.

Tangled went on to have a relatively successful future with Tangled Ever After (2012) and the animated series, Rapunzel’s Tangled Adventure (formerly, Tangled: The Series), in which both Moore and Levi returned to voice their respective parts. Flynn Rider also saw his prequel story debut in 2021.

Can you imagine Flynn Rider without Zachary Levi? Let us know in the comments down below!